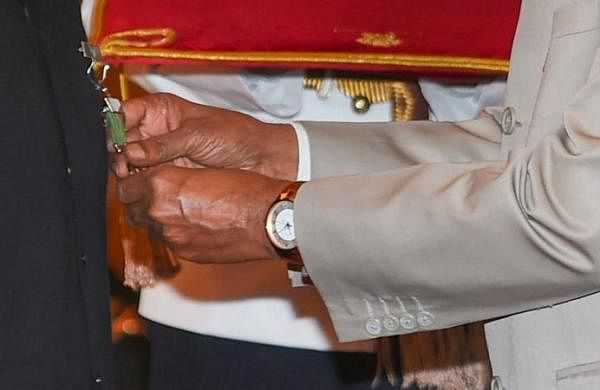 NEW DELHI: Indian Army’s six soldiers have been conferred with the Shaurya Chakra Medals for their conspicuous acts of gallantry. Five of them have been awarded posthumously with the country’s third highest peacetime bravery award. Two Indian Air Force personnel and three of the Indian Coast Guards have also been conferred with gallantry medals.

Of the total awards, this year Border Roads Organisation (BRO) Personnel have been given one Ati Vishisht Seva Medal and three Vishisht Seva Medals which includes one to the official of the General Reserve Engineer Force of the BRO.

Two helicopter pilots of Indian Air Force officers involved in a daring recovery of mortal remains and casualty evacuation in the vicinity of naxal ambush.  Vayu Sena Medal (Gallantry) was conferred upon Wing Commander Chinmaya Patro and Squadron Leader Suraj Nair who also helped in insertion of 120 commandos near the ambush site.

(THE NEW INDIAN EXPRESS)
116 Days ago