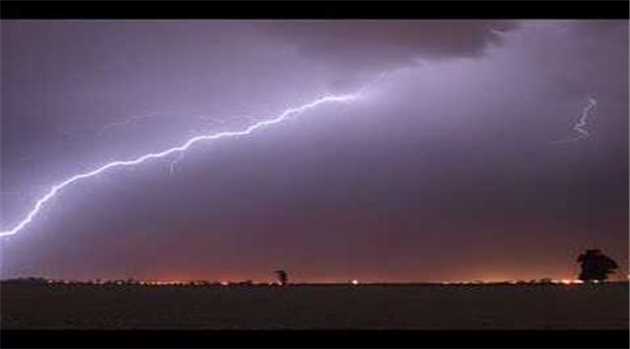 PATNA: At least 10 people were killed in thunderstorm, lightning and rain in Bihar since Friday, officials said on Sunday.

Three persons each died in Khagaria and Banka while two died in Jamui and one each in Buxar and Begusarai districts in thunderstorm, lightning and rain which hit the state on Friday and Saturday, the officials said.

Bihar Chief Minister Nitish Kumar Sunday expressed grief over the death of 10 people in past 48 hours due to thunderstorm, lightning and rains in the state, an official release said.

He announced payment of Rs 4 lakh to each of the victim's families as ex-gratia.

"The chief minister has expressed grief over the deaths of people in thunderstorm, lightning and rains on Friday and Saturday in the state," the release said adding that the "CM has also announced payment of Rs 4 lakh to each of the victim's families as ex-gratia immediately ".

The payment would be made from Disaster Relief Fund to the dependents of those killed in the thunderstorm, lightning and rain, it said.

Kumar also directed the officials concerned to ensure proper treatment of those got injured during the thunderstorm and lightning. Kumar also prayed for their speedy recovery, the release added.

The Patna Meteorological Centre on Saturday said that the monsoon which hit Bihar's northeast districts on Friday, covered the entire state on Saturday.

Several areas of the state received heavy rainfall on Friday and Saturday.