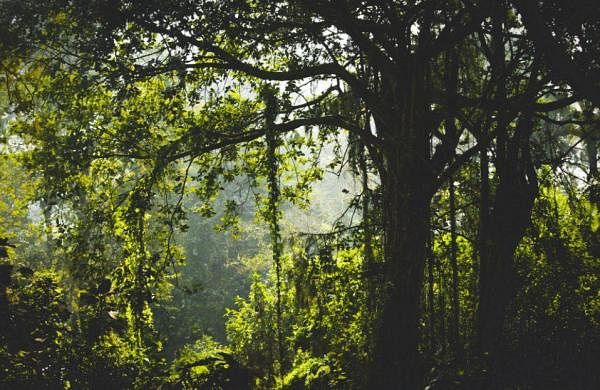 NEW DELHI:  India has lost moderately dense forest cover between 2019 and 2021 to the tune of 1,540 sq km, with 11 states reporting an overall loss, according to the India State of Forest Report 2021 by the Forest Survey of India (FSI).

The report said there has been an increase of 2,261 sq km in the total forest and tree cover of the country in the last two years but the change in very dense forest (pristine forest) was 501 sq km, while open forest, comprising plantations and agroforestry, cover increased by 2,612 sq km.

The report attributes loss in forest cover and deterioration of forest canopy to shifting cultivation, felling of trees, natural calamities, anthropogenic pressure and developmental activities. The report revealed that the mangrove cover has increased, but it was also limited to an increase in open mangrove cover which is plantation, while the moderately dense mangrove cover remains mainly unchanged. Total forest and tree cover of the country is 80.9 million hectares.

Knowing Urdu not needed for Ladakh revenue dept job
Srinagar: The Lt Governor administration in Ladakh Union Territory has removed the requirement of knowing Urdu for jobs in the revenue department, evoking a mixed response. Lt Governor R K Mathur amended the Ladakh Revenue (Subordinate) Service Recruitment Rule, 2021, by removing the eligibility of ‘knowledge of Urdu language’ for Naib-Tehsildar and Patwari posts in the revenue department. Earlier, graduation and knowledge of Urdu was mandatory. Political and other activists of the region have criticised the move, saying Urdu is spoken and understood in both Kargil and Leh districts of Ladakh.