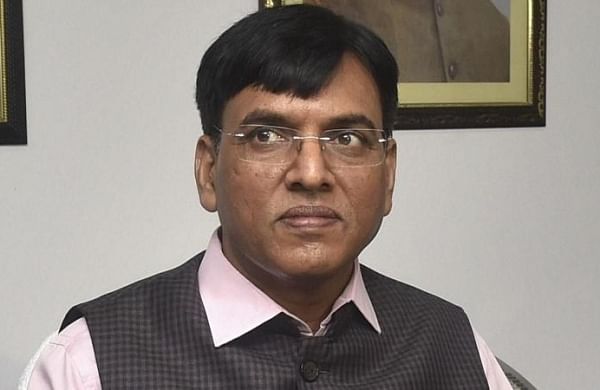 NEW DELHI: Union Health Minister Mansukh Mandaviya on Tuesday said two containers with all healthcare facilities will be established under the PM Ayushman Bharat Health Infrastructure Mission which could be rushed to any place in case of an emergency.

He said these containers with a capacity of about 200 beds each will be placed in Delhi and Chennai, adding that they can be airlifted or taken by trains to the place of emergency.

"The central government has taken a 'total' not 'token' approach in healthcare," Mandaviya said and noted that COVID-19 pandemic gave an opportunity to improve the health infrastructure and for that PM Ayushman Bharat Health Infrastructure Mission has been launched with an investment of Rs 64,000 crore.

On giving WHO's emergency use listing (EUL) to Covaxin, the minister said the world health body has a system in which there is a technical committee which has approved Covaxin, and now it has moved to another committee for evaluation.

"The other committee is meeting on Tuesday. The approval for Covaxin will be given on the basis of this meeting," he stated.

Addressing a press conference, Mandaviya also said that about 79,415 health and wellness centres have been operationalised in the country out of the planned 1.5 lakh such centres.

He said there should be good laboratories at all levels-- be it district or national level.

The health minister added that the PM Ayushman Bharat Health Infrastructure Mission is such an "important scheme that the average expenditure of Rs 90 to Rs 100 crore in a district will be spent on health infrastructure due to which we will be able to fight any disaster in the coming time".

"Under this scheme, 134 types of tests will be done free of cost at the district level which is a big step," he said.

The Pradhan Mantri Ayushman Bharat Health Infrastructure Mission is one of the largest pan-India schemes for strengthening healthcare infrastructure across the country.

It is in addition to the National Health Mission.

Its objective is to fill gaps in public health infrastructure, especially in critical care facilities and primary care in both urban and rural areas.

It will provide support for 17,788 rural health and wellness centres in 10 high focus states.

Further, 11,024 urban health and wellness centres will be established in all the states.

Through this, critical care services will be available in all the districts of the country with more than five lakh population through exclusive critical care hospital blocks, while the remaining districts will be covered through referral services.