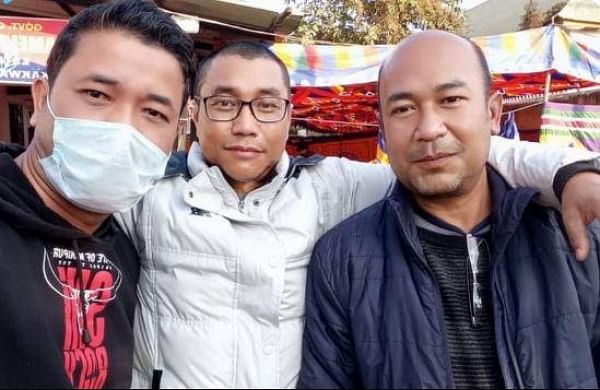 GUWAHATI: The Foundation for Media Professionals has condemned the detention of two editors of 'Frontier Manipur', a web portal, by the police in the state.

A case under the Unlawful Activities (Prevention) Act (UAPA) and Section 124A (sedition) of the Indian Penal Code was registered by the police against the portal’s editor-in-chief Dhiren Sadokpam and executive editor Paojel Chaoba for the publication of an opinion piece “Revolutionary Journey in a Mess”. Its author M Joy Luwang was listed as an accused in the case. He is facing the same charges.

The FIR, filed by the police, states: “The author openly endorsed revolutionary ideologies and activities and expressed shock and dismay at the deteriorating character of the armed revolutionary leaders of Manipur in the recent decade”.

It further states: “His article clearly expressed sympathy and support to the ideologies and activities of the armed revolutionary groups and outrightly called the rule of law of the Union government and Centre as colonial law.”

However, the foundation said the article in question was largely a critique of militant groups, tracing what its author believes are the historical causes of their decline.

“The existence of such groups in the past, and of their journey, is well known to all in Manipur. The history of Northeast India is replete with examples of leaders of armed insurgent outfits who subsequently became ministers, heads of territorial councils, members of Parliament, and chief ministers. They were not charged with sedition or terrorism,” the foundation said in a statement.

Without taking any name, the foundation said arriving at political settlements remains the policy of the Government of India, which is currently engaged in talks with leaders of groups from the region that have literally waged war against the state, and continue to discuss separate flags and constitutions. It is, therefore, odd that mere publication of an OpEd article on some such groups should draw extreme charges upon editors.

“There have been many cases of misuse of the most stringent provisions of law against journalists in Manipur in recent years. The most well-known example is that of Kishorechandra Wangkhem, who has been arrested multiple times for posting irreverent comments on Facebook, most recently, about an online altercation between the two wives of a minister, for which he was charged with sedition...

“We would like to express our concern about the misuse of such Draconian provisions of law. If everything that the current rulers find unpleasant can be charged with sedition, then it is a threat not only to the freedom of speech and expression but also to the Constitution itself,” the statement added.