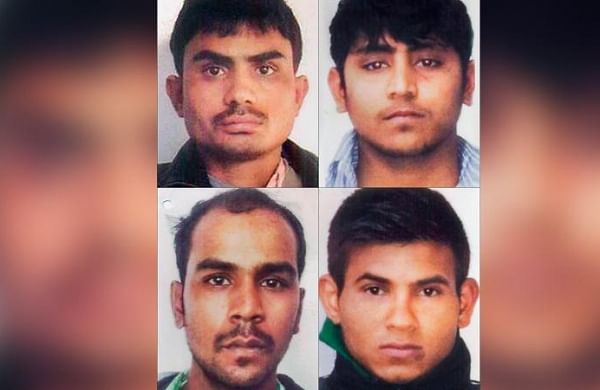 NEW DELHI: The Supreme Court on Tuesday dismissed the curative petition of the two death row convicts in the 2012 Nirbhaya gang-rape case.

The duo had moved a curative petition in the top court after a Delhi court issued death warrants in their names for their hanging on January 22.

Besides them, two other convicts named Pawan and Akshay are also slated to be executed on the same day at 7 am in Delhi's Tihar Jail premises.

They were convicted and sentenced to death for raping a 23-year-old woman in a moving bus in the national capital on the intervening night of December 16-17, 2012.

The victim, who was later given the name Nirbhaya, had succumbed to injuries at a hospital in Singapore where she had been airlifted for medical treatment.

If it is rejected, they are legally bound to move a mercy petition. It is filed before the President who has the power to commute it to life imprisonment.

The court after issuing a black warrant in their name gave them two weeks time to file both the curative and mercy petitions.

(THE NEW INDIAN EXPRESS)
376 Days ago