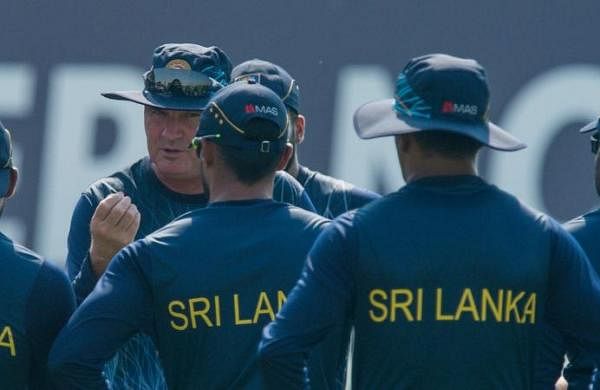 DUBAI: After Ireland's match with the Netherlands opens Group A of the First Round, day two action of the ICC Men's T20 World Cup concludes with Namibia making their debut in the tournament, taking on 2014 winners Sri Lanka in Abu Dhabi.

While Sri Lanka and Namibia may have contrasting histories in the tournament, both will traverse unchartered territory when walking onto the ground at the Sheikh Zayed Stadium.

As Namibia end an 18-year wait to return to global tournament action, Sri Lanka enters the First Round stage of the 16-team tournament for the first time, and will face a new challenge of high-pressure preliminary action. To add intrigue to the match-up, the pair face off for the first time in T20I cricket.

By all means, favoured to progress in spite of a tricky Group, Dasun Shanaka's men still need two victories from three matches to meet the minimum expectations of reaching the Super 12 phase. It may be too early to speculate on the prospects of Sri Lankan shock defeats, but the nerves of pressure-filled First Round cricket bring a new challenge; an obstacle Namibia know all too well.

Led by Gerhard Erasmus and coached by Pierre de Bruyn, Namibia have passed every test in the last three years, attaining ODI status at World Cricket League 2 on the 50-over front, before booking a ticket for the T20 World Cup.

Veterans Jean-Pierre Kotze and Zhivago Groenewald called time on their Namibian careers before their T20 World Cup debut, though the Eagles have been bolstered by the inclusion of David Wiese, who boasts a career of almost 270 T20 appearances. A star of the T20 league circuit, Wiese made over 20 appearances in the format for South Africa, the last playing for the Proteas in 2016.

With a high turnover of players since the last T20 World Cup, and topsy-turvy form over the past 12 months, Sri Lanka are difficult to assess. Two 3-0 series defeats to England and South Africa sandwich a 2-1 victory over India, with 30 players featuring for the side in 2021. Arriving in the Gulf late in comparison to their early-round adversaries, a provisional squad has been whittled down to a 15-player group, though a spine of a quality team needs to lock themselves in early to negotiate a competitive First Round Group A.