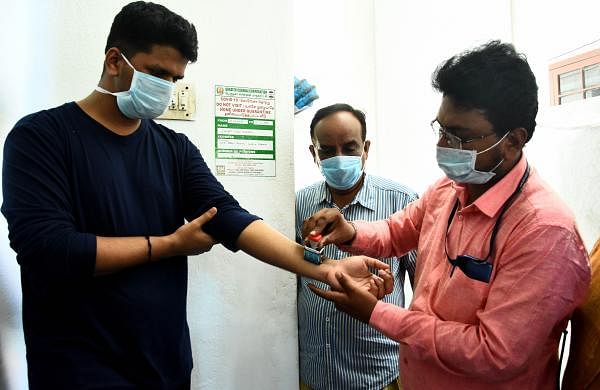 KATHMANDU: Nepal has reported its third case of coronavirus in a 31-year-old man who returned from the Gulf as the government has announced a week-long nation-wide lockdown to battle the pandemic.

The man is currently in isolation at the Sukraraj Tropical and Infectious Disease Hospital here and the laboratory has informed the Ministry of Health and Population about the result, the Kathmandu Post reported.

This is Nepal's third confirmed case of COVID-19 and the second active case.

Earlier, on Sunday, a 19-year-old Nepali student who had returned from France via Qatar had tested positive for the coronavirus.

In January, a 31-year-old Nepali student who had returned from Wuhan, the capital city of Hubei province in China had tested positive.

The man recovered and was subsequently discharged from the hospital.

The government-mandated week-long nationwide lockdown to curb the spread of the virus came into effect on Tuesday.

The markets remained closed and roads wore a deserted look barring the vehicles of security personnel and medical facilities.

The government has already closed its borders with India and China for a week starting Monday.