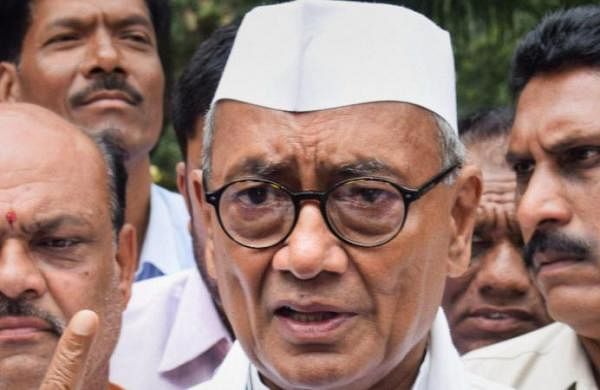 BHOPAL: Veteran Congress leader Digvijaya Singh on Friday said that he had to switch off his mobile phone as he was annoyed by the unsolicited calls he had been getting repeatedly.

He said he has taken up the matter with the police department.

Taking to Twitter, Singh said, "These are the phone calls that have been bothering me since 4/5 days. I sent a complaint to the DGP of MP. I also spoke to the service provider but these calls are not stopping. Sadly in this condition, I have to switch off my mobile number."

He also attached the screenshots of the numbers, some of them international, from which he has been getting the calls.

Taking a swipe at Digvijaya Singh over his decision to switch off the phone, BJP MLA and state party vice president Rameshwar Sharma asked him to forward the calls to his number.

"Digvijaya ji should not be worried. He does not need to switch off his mobile in this time of crisis, instead he should divert his calls to my number. I will help the needy and also deal with those who threaten," Sharma said.

(THE NEW INDIAN EXPRESS)
401 Days ago