'Felt bad': Mamata on not being invited to East-West Metro corridor launch 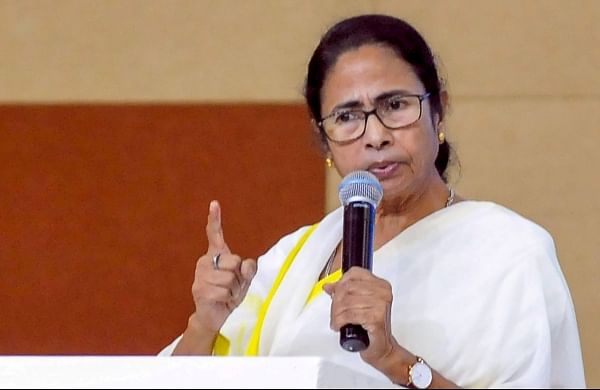 KOLKATA: West Bengal Chief Minister Mamata Banerjee on Friday took umbrage at not being invited to the inauguration of the East-West Metro corridor, asserting that her team had to "shed tears" to sanction the project when she was the railway minister.

The first phase of the East-West corridor of the mass rapid transport network was flagged off by Railway Minister Piyush Goyal on Thursday, but the TMC gave the event a miss after Banerjee's name did not feature in the list of invitees.

"We had worked hard for the East-West Metro project. We had to literally shed tears for it (approval). I felt bad as I was not even informed about the inauguration," Banerjee said in the state assembly.

The first phase of the metro project connects a 4.

88- km stretch between Sector V of Salt Lake -- the IT hub of the city -- with Salt Lake Stadium.

Criticising the opposition parties in West Bengal for spreading "political pollution", the chief minister slammed the CPI(M) and Congress for "politically surrendering" before the BJP.

"The more the Congress inches closer to the CPI(M), the more it will lose its prominence. Wherever regional parties are strong, the Congress literally doesn't have any existence," she said.

Banerjee also said she will write to other chief ministers, urging them to not conduct the NPR exercise, as it is a "prelude" to the NRC.