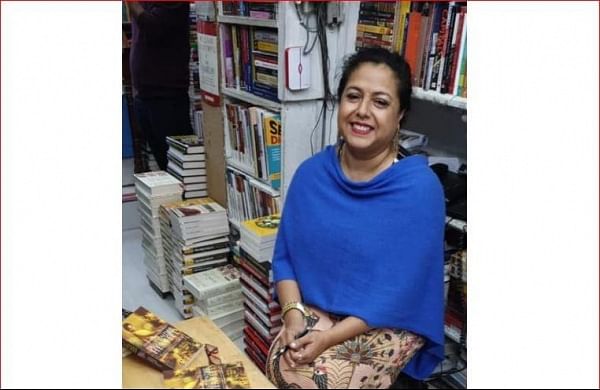 KOLKATA: US-based Bangladeshi author and playwright Sharbari Zohra Ahmed feels that the people of the country of her origin are more alike than different from Indians as they were originally Hindus.

But Bangladeshis now want to forget their Hindu roots, said the author, who was born in Dhaka and moved to the United States when she was just three weeks old.

Ahmed, who is the co-writer of the Season 1 of 'Quantico', a popular American television drama thriller series starring Priyanka Chopra, rues that her identity as a Bengali is getting lost in Bangladesh due to the influence of right-wing religious groups.

"How can Bangladesh deny its Hindu heritage? We were originally Hindus. Islam came later," Ahmed said while speaking to PTI here recently.

"The British exploited us, stole from us and murdered us," she said about undivided India, adding that the colonialists destroyed the thriving Muslin industry in Dhaka.

Ahmed said the question of her belief and identity in Bangladesh, where the state religion in Islam, has prompted her to write her debut novel 'Dust Under Her Feet'.

The novel is based in Kolkata, then Calcutta, during World War II when American soldiers were coming to the city in large numbers.

'Dust Under Her Feet' is set in the Calcutta of the 1940s and Ahmed in her novel examines the inequities wrought by racism and colonialism.

The story is of young and lovely Yasmine Khan, a doyenne of the nightclub scene in Calcutta.

When the US sets up a large army base in the city to fight the Japanese in Burma, Yasmine spots an opportunity.

The nightclub is where Yasmine builds a family of singers, dancers, waifs, and strays. Every night, the smoke-filled club swarms with soldiers eager to watch her girls dance and sing.

Yasmine meets American soldier Lt Edward Lafaver in the club and for all her cynicism, finds herself falling helplessly for a married man who she is sure will never choose her over his wife.

Outside, the city lives in constant fear of the Japanese bombardment at night. An attack and a betrayal test Yasmine's strength and sense of control and her relationship with Edward.

Ahmed teaches creative writing in the MFA program at Manhattanville College and is artist-in-residence in Sacred Heart University's graduate film and television program.

(THE NEW INDIAN EXPRESS)
148 Days ago