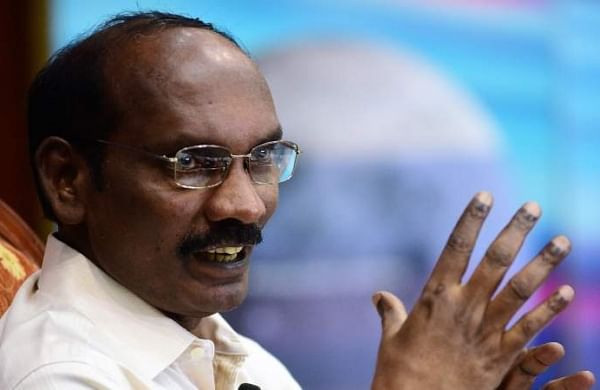 Sivan accepted that the manpower with ISRO was just a miniscule of talent India produces.

Thousands of engineers pass out each year and many migrate to other countries due to limited opportunities within the country, he said.

"All this will change with the creation of IN-SPACe, which is a new vertical under Department of Space (DoS) and bring private players on board. Many Indian start-ups have expressed interest in participating
in space-based activities. We have not yet received any proposals from big players as yet, but hope to receive soon," Sivan said replying to query during a virtual press conference.

Sivan said the demand for space-based applications and services was growing but ISRO alone cannot cater to it.

The space agency aims to focus more on capacity building and R&D, which shifting the mantle of building rockets, satellites to private sector. The companies can also build their their own launch pads.

"ISRO is ready to provide all its facilities to private players whose projects had been approved by IN-SPACe, which will be operational in next six months," he said.

Welcoming the move, SR Chakravarthy, an aerospace engineerig professor at IIT Madras and Cofounder-Adviser at Agnikul Cosmos, told Express that the decision will open up lot of employment opportunities, besides boosting industrial growth.

"It is not that there is no private industry involvement in India’s space sector. Lot of space grade components are manufactured by private industries, but the problem is ISRO is the only client for
them, which makes it difficult for upscaling. Now, with the latest reforms lot many people will be able to manufacture and launches vehicles, at least Small Satellite Launch Vehicles (SSLVs), which will
increased industries client base and their profit margins," Chakravarthy said.

Speaking about the anticipated Gaganyaan mission, Sivan said the coronavirus pandemic is responsible behind the delay in its space missions scheduled this year, including Chandrayaan-3, Aditya L1 etc.

Adding, that a full assessment of the pandemic on ISRO operations will be made after the situation normalises.

“All our projects are affected due to lockdown. Design and development are under our control and happens within ISRO centers with minimal staff as per local restrictions.

"But the manufacturing happens across 500 big, small and medium industries across India. Due to the current situation manufacturing activities are not taking place and hardware cannot be supplied to us. Even our scientists can't travel across India due to the restrictions. A true impact assessment will be available only after normalcy resumes," he said.

"Once, Tamil Nadu government hands over the land to Department of Space, ISRO will begin building the launch pad," he said.

He also said that it would be similar to the existing one at Sriharikota, but the new location would offer advantages for polar launches.

"When we launch southwards from Sriharikota, there is a landmass below, and also further down south, we have Sri Lanka. Usually, we launch Polar missions towards the south-east and then negotiate Sri Lankan landmass and then proceed further south. This leads to more fuel being spent for the maneuver and it affects the payload capacity of small rockets. But from the Kulasekarapattinam launchpad, we can directly launch southwards," he explained.