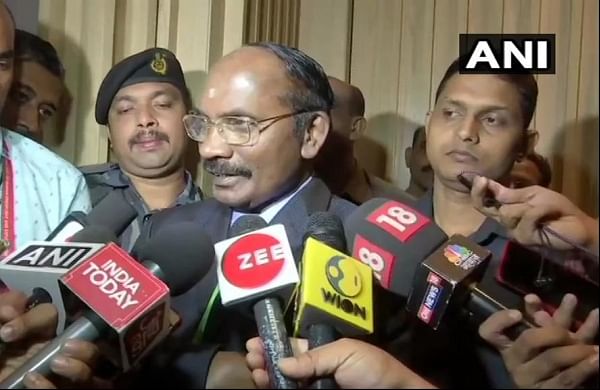 BENGALURU: The work on Chandrayaan-3 mission has started and it is going on at full speed, ISRO chief K Sivan said on Wednesday.

"The work on Chandrayaan-3 has started and it is going at full speed," he told reporters here.

Asked whether ISRO look at a manned mission to the Moon, Sivan said, "Definitely someday but not immediately."

Earlier this month, Sivan had stated that Chandrayaan-3's configuration will be almost similar to Chandrayaan-2 but the new mission will have a rover with a propulsion module.

Sivan further said that Chandrayaan-3's lander and craft cost is approximately Rs 250 crore, whereas the launch cost will be around Rs 350 crore.