56 kg of cocaine, worth Rs 500 crore, seized from container near Gujarat's Mundra port 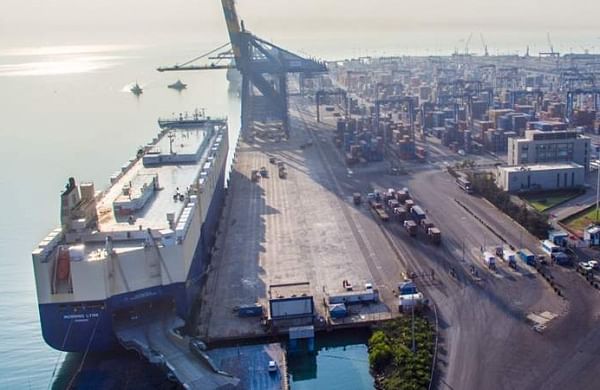 BHUJ: The Directorate of Revenue Intelligence (DRI) has seized 56 kg of cocaine, estimated to be worth around Rs 500 crore, from a container near the Mundra port in Gujarat's Kutch district, an official said on Thursday.

While DRI officials did not disclose the value of the seized contraband, it could be close to Rs 500 crore as one kilogram of cocaine is known to fetch around Rs 10 crore in international markets.

Based on specific inputs, a team of DRI officials searched the container which had arrived at the Mundra port some time ago from a foreign country and was kept at a Container Freight Station nearby, the official said.

The DRI team found 56 kg of cocaine, a highly addictive drug, hidden inside imported items, he said, without providing more details. The drug seizure came a month after the DRI recovered 260 kg of heroin worth Rs 1,300 crore during a raid at a container station near the Kandla port in Kutch district.

The contraband was found to have come in one of 17 containers which had arrived at the Kandla port from Iran between September and October 2021. Days later, the Gujarat Anti-Terrorist Squad(ATS) and DRI recovered nearly 90 kilogram of heroin worth Rs 450 crore from a shipping container that had arrived from Iran at the Pipavav port in Amreli district.

In September 2021, the DRI, in the single largest heroin haul in India to date, seized around 3,000 kg of the drug, believed to have originated in Afghanistan and worth about Rs 21,000 crore in global markets, from two containers at the Mundra port.