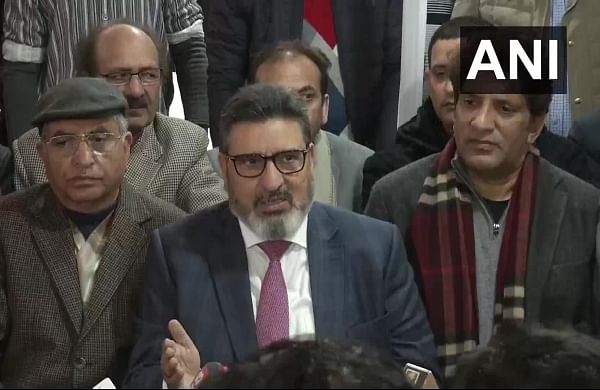 JAMMU: In a scathing attack on the rulers of the past in Jammu and Kashmir, Apni Party president Syed Mohammad Altaf Bukhari on Tuesday said the 70 years of "deceitful politics" ruined the erstwhile state.

Bukhari, a former minister who is currently on a tour of the Chenab Valley region, was speaking at a party convention at Thathri in Doda district.

"For the last over 70 years, the people of Jammu and Kashmir, especially the youth, have been duped by deceitful politics which needs to be done away with.

"It is extremely unfortunate that the political parties in Jammu and Kashmir have been raising passions among the people just to fulfil their electoral motives.

And, this type of politics has hugely shadowed the socio-economic and political stability in the region," he said.

Without naming anyone but apparently referring to the National Conference (NC) and the Peoples Democratic Party (PDP), Bukhari claimed that the compromises made by the local political parties not only cost the people dearly but also ignited a vicious cycle of violence and insecurity for them.

"Such dirty politics has not only resulted in the loss of precious lives but also has inflicted huge economic losses that have proven detrimental to the development and progress in Jammu and Kashmir," the Apni Party leader said.

Pledging to continue with his efforts to strengthen a truthful political atmosphere, Bukhari said his party has emerged as a "credible political voice" of Jammu and Kashmir that has been established on the edifice of transparency, probity and pragmatic politics.

Meanwhile, over a dozen socio-political activists joined the party on the occasion, a party spokesperson said.