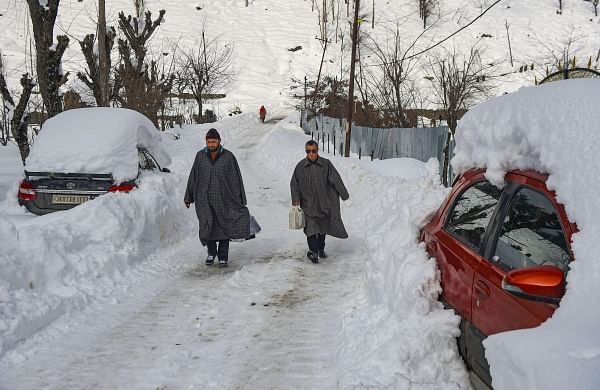 JAMMU: Fresh landslides have struck the Jammu-Srinagar National Highway which remained closed for the fourth consecutive day on Thursday, leaving over 7000 vehicles stranded.

Landslides have hit the highway at five places in Ramban district, a police officer told PTI.

On the intervening night of Wednesday and Thursday, fresh landslides took place in Digdol, Monkey Morh, Moumpassi, Pathiyal and Chanderkote, he said.

Men and machines are working to clear the highway of the landslides but continuous landslides and shooting stones are making clearing operations difficult.

As a result of the blockade of the highway, over 7000 vehicles are stranded at various places en route from Lakhanpur in Kathua district to Banihal belt of Ramban district and also on the Kashmir side.

With the highway closed for the fourth day, stranded truck drivers said they have run out of money to buy food and urged the government to come to their aid.

They said the government has not made any arrangement for setting up community kitchens for them.

They also urged the government to reopen the highway at the earliest so that they can move towards Jammu as they have been stranded on the Kashmir side for five-six days.

(THE NEW INDIAN EXPRESS)
76 Days ago