A flood of ideas: Crucial lessons to be learnt from Bengaluru deluge 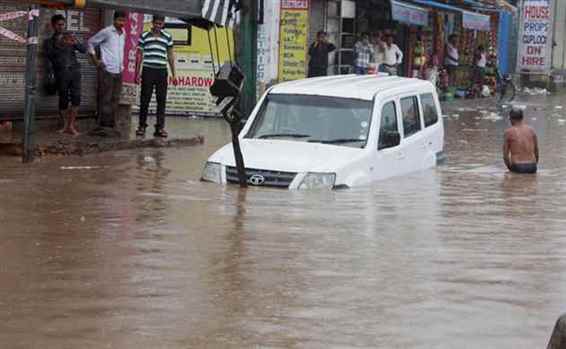 Later has memory and it knows how to reclaim its space. This trait of water was what made Bengaluru hit headlines nationally and internationally over the last week, again for all the wrong reasons.

The massive flooding in the IT hub triggered a blame game between politicians and influential people.

Locals, experts and officials on the ground pointed out that inundation was limited to 5-8 sqkm in the city and it was mainly because of poor planning, encroachment of lakes, lake beds and drains.

The government ordered clearing of encroachments on water bodies and rajakaluves, while experts and locals said it should have been done a long time ago, instead of announcing the Akrama Sakrama scheme, which regularises illegal constructions. Experts suggested that other cities should learn from the catastrophe in Benglauru and ensure a well-defined green belt and well-protected water bodies to prevent flooding.

A senior Urban Development Department official said flooding is not new to Bengaluru. It happened at Bommanahalli in 2017, at ST Bed in 2018, in some areas of Mahadevapura in 2019 and different parts of the same area in 2022.


This is because rules have been flouted and compromises made while allowing constructions and designing areas. There is no “one size fits all” solution.

While water bodies and green zones should be maintained, one should understand the uniqueness of each city, the official said.

“Bengaluru has no natural lakes or rivers. It had four large natural valleys, while lakes were constructed to prevent flooding. But over the years, the valleys have been encroached upon and lakes filled up to build residential areas, commercial spaces and utilities.


Now, only 58 km of drains and 189 live tanks have survived. Bengaluru should learn from other cities, while others too can pick lessons from here,” he added.

Civic expert Ashwin Mahesh said that politicians and officials cannot say they did not expect flooding.

“We have been hearing about climate change for over 10 years. Heavy rainfall patterns and droughts were seen globally. Why was there no planning? The political system is in a bad shape and it will only get worse. If you leave it to politicians this is what happens. What should be learnt from flooding is that the land use pattern should not be tampered with,” he said.

A master plan should be prepared and upgraded with all the zones identified and maintained, lakes should be revived and utilised as prime sources of drinking water and stormwater drains should be sewage-free, laws should be enforced stringently and officials punished for violating norms and clearing projects.

Recently, Satya Mangala Layout, one of the biggest residential areas in Hassan city turned into an island because of unscientific development of roads and drainage.

The urban local body has taken decades to set right the problems in new localities.

Hassan Municipality Commissioner Parameshwarappa said the CMC has come up with new regulations that are followed strictly while issuing licences for new buildings.

Engineers and revenue officials strictly supervise under-construction buildings in commercial hubs. Hassan Urban Development Authority Commissioner Ramesh said officials clear files and issue work orders only after inspecting the sites, where owners should produce the documents and plan. But locals said that rules continue to be violated, illegal structures are still mushrooming and flooding continues to be reported in many areas.

Dr Raghavendra Holla, Associate Professor, Department of Civil Engineering, Manipal Institute of Technology, Manipal said, “Improper road expansion and relaying is one of the reasons for flooding. Policy makers should study the topography and drainage patterns properly, identify bottlenecks and notify them. Installation of collection tank and pumps can also be the solution.”

Udupi CMC Commissioner Uday Shetty said that since storm water drains were desilted before the monsoon, there was no flooding this time.

This monsoon, unlike earlier years, there was no flooding of low-lying areas like Vivekanand Colony, Shastri Nagar and adjacent areas in Belagavi.

The flooding was avoided with proper planning by experts, who coordinated with Belagavi City Corporation officials. Balkrishna Godse, president, Swami Vivekanand Welfare Association, Belagavi said hurdles in the flow of water into drains and improper vents for rainwater to drain out are the main reasons for floods.

As compared to the last four to five years, flooding in Shivamogga city reduced significantly this year. As some areas still get flooded, the city corporation and Smart City project officials are taking measures to contain it.

The construction of a retaining wall along the Tunga river prevented the overflowing of water into areas along the river.

Corporation Commissioner Mayannga Gowda said flooding was avoided despite the city receiving four times the actual rainfall from May till date.

This was because the corporation desilted stormwater drains and linked drains and UGD.

Urban experts have been demanding the UDD and government to plan and take strict action against unscientific and illegal layouts and buildings in Hubballi. In 2019, the rajakaluve was flooded following outflows from Unkal lake.

A couple of bridges on the drain were washed away and many residential areas were inundated. Residents have been urging civic authorities and the government to find a permanent solution.

Social worker Suresh Udupa said Mangaluru gets flooded as untreated sewage water gets accumulated at Paddodi dam. Also, the width of rajakaluves has shrunk from 21 ft to 6 ft. For the last 15 years, there was no flooding in Kottara Chowki, but now the area gets inundated even if it rains for half an hour.

This is because of the construction of elevated roads by NHAI and urbanisation.

The government should form an independent body headed by a senior officer to clear encroachments on drains and lakes and strengthen lake bunds.

Documents to check when buying property