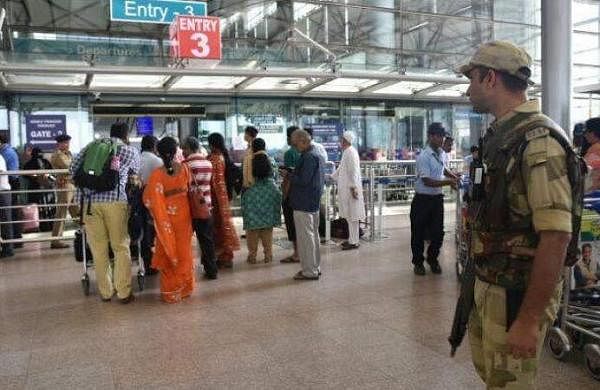 NEW DELHI: The Centre-run Airports Authority of India (AAI) is yet to procure and install a single body scanner for its 100-plus airports across the country, government officials said.

Body scanners detect both metallic and non-metallic items concealed on the body," the circular of Bureau of Civil Aviation Security (BCAS) had said.

Following the BCAS circular, the AAI had in 2020 issued a tender to procure 198 body scanners for 63 airports, officials told PTI.

Three companies had put in their bids but the tender was later cancelled, they stated.

When asked by PTI for the reason for cancellation, the AAI spokesperson said it was done due to "administrative reasons".

The spokesperson did not elaborate on what were these administrative reasons.

The spokesperson stated that a fresh tender to procure body scanners is in "planning stage" right now.

Airports where these body scanners will be installed will be decided "after completion of the (new) tender process", the spokesperson mentioned.

The BCAS circular had in April 2019 classified 28 airports -- including the ones in conflict areas such as Jammu and Kashmir and in the north-east -- as hypersensitive and 56 airports as sensitive.

These 28 hypersensitive and 56 sensitive airports will have to install body scanners by March 2020 while the remaining airports can install it by March 2021, the circular had said.

The BCAS did not respond to PTI's queries on whether it has taken any action against the AAI for not following the deadline set by April 2019 circular, or if the regulator has extended the deadline for installing body scanners.

Passengers have to remove their jackets, thick clothing, shoes, belts as well as all metallic items before entering into the body scanner of an airport.

A mannequin-like image is generated by the machine, and if there is a yellow spot on the screen, it means that area on the body may need further screening.

Once the body scanners are installed at an airport, pat down searches will not be required for all passengers.