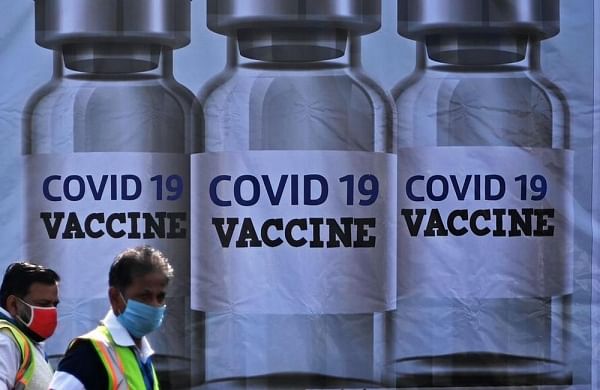 NEW DELHI: The tally of active COVID-19 cases in India has come down to 1.84 lakh and comprises just 1.73 per cent of the total infections recorded so far, the Union Health Ministry said on Monday.

It said Kerala and Maharashtra together account for more than 64.71 per cent of the total active cases in the country.

With 13,203 new instances of the viral infection reported in 24 hours till Monday 8 am and 13,298 recoveries registered during the same period, the total number of active cases receded to 1,84,182 with a net decline of 226.

Kerala accounts for 39.7 per cent and Maharashtra 25 per of the total active cases, the ministry said.

During the same 24-hour period, 131 coronavirus-related deaths have been registered across India, the lowest in eight months, the health ministry said.

The ministry underlined that the gap between recoveries and active COVID-19 cases continues to grow and stands at 1,01,45,902.

It said that 79.12 per cent of the new recovered cases are concentrated in nine states and Union Territories.

Kerala has reported the maximum 5,173 single-day recoveries, followed by Maharashtra with 1,743 people cured and Gujarat 704.

According to data present by the ministry, 81.26 per cent of the new cases are concentrated in six states and Union Territories.

Seven states and Union Territories account for 80.15 per cent of the 131 new fatalities.

Maharashtra has reported 45 deaths, followed by 20 in Kerala and nine in Delhi.

"Fifteen states and Union Territories have lower tests per million population than the national average," the health ministry underlined.

Since the launch of the nationwide vaccination drive, 28,614 sessions have been conducted.

records anything (such as a document or a phonograph record or a photograph) providing permanent evidence of or information about past events More (Definitions, Synonyms, Translation) (THE NEW INDIAN EXPRESS)
31 Days ago