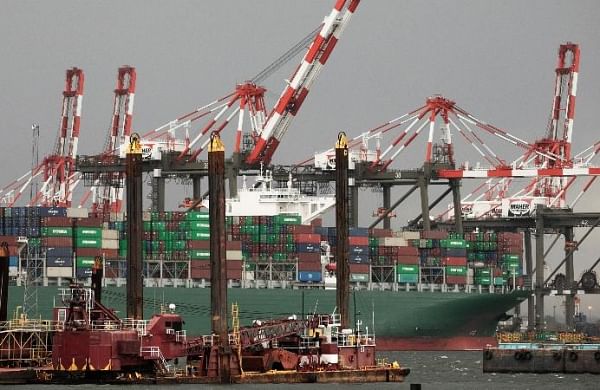 NEW DELHI: Apparel export promotion body AEPC on Wednesday urged the commerce ministry to start negotiations for a preferential trade agreement with the UK to boost exports from the sector.

Apparel Export Promotion Council (AEPC) Chairman A Sakthivel said that the agreement would help in removing the customs duty disadvantages faced by domestic players in the UK.

"It has been learnt that after the implementation of Brexit (Britain's exit from the European Union bloc) in January 2021, 47 Least Developed Countries (LDCs) including Bangladesh will continue to enjoy preferential trade benefits after the UK's departure from the EU.

"This will be a continuation of the disadvantage to Indian apparels in the important and potential market of the UK," he said in a letter to Commerce and Industry Minister Piyush Goyal.

He added that India has been losing out to its competitors in the UK and "hence we request to initiate discussions for an early trade pact".

The agreement, if implemented, would help in removing the tariff disadvantage faced by Indian apparels in the UK market.

The chairman added that apparel exports to UK, which is India's third largest export destination after the US and UAE, have been facing a tariff disadvantage of 9.

6 per cent as against countries like Bangladesh due to the EU's Generalised Scheme of Preferences (GSP), which the UK plans to continue offering to the LDCs.

"It's not a matter of LDCs. The point is that Bangladesh is equally competitive now and their exports have grown at 11.7 per cent CAGR (compound annual growth rate) during 2009-18, when our exports stagnated at 0.5 per cent," Sakthivel said.

Bangladesh exported apparels worth USD 40.4 billion whereas India's exports stood at USD 6.5 billion in 2019, he said adding it is a labour intensive sector and there is a need to ask for a special consideration in India-UK relations. India's readymade garments exports to the UK fell 0.8 per cent to USD 1.60 billion in 2019, he noted.