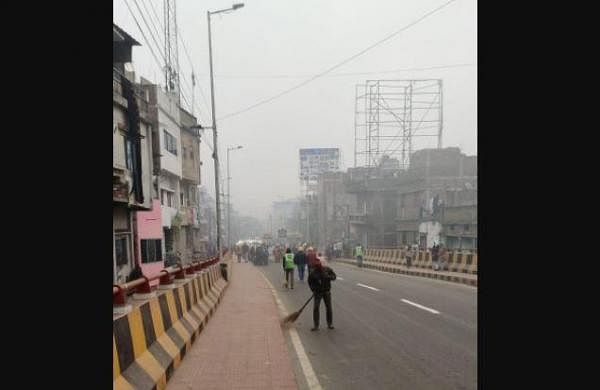 PATNA: After years of efforts, Patna is now decalred 'Open Defecation Free' (ODF). With this distinction achieved, the Patna Municipal Corporation has taken up another task -- to make the capital 'Garbage free.'

"Being declared ODF is a great achievement for Patna. The Government of India has given ODF certificate declaring Patna Municipal Corporation area as "ODF Plus" with effect from December 2020," a senior officer said.

To achieve 'garbage free' city status. Patna administrator Himanshu Sharma has held many rounds of meetings with other officials of the corporations and discussed strategies on how to achieve this.

It is believed that if efforts continue, Patna will at least get the "3 Star City" certificate after proper waste management and garbage disposal efforts.

According to the criteria set for Swachh Survekshan 2021, ODF Plus cities get 300 marks and "3- Star" cities are given additional 600 marks.

Spokesperson of Patna Municipal Corporation, Harshita, told that efforts are being taken to make Patna 'Garbage Free City' by this year.

"Under the garbage free certification, cities are awarded either 1-STARor 3-star or 5 star or 7 –star depending upon the cleanliness and works quantum. The PMC is working to claim for 3-star status as it fulfils all the mandatory provisions laid for the Garbage Free City”, Harshita said.

Meanwhile, she said that the Patna Municipal Commissioner Himanshu Sharma has made an appeal to the citizens to avoid dumping garbage in improper places.

In Patna, there are 200 modular toilets and more than 80 public and community toilets. Nearly 500 people carry out the sanitation work across the city.

She said that adequate number of toilet facilities have been provided by the Patna Municipal Corporation, other government agencies and commercial establishments throughout the city.

"One can get information about the nearest toilet easily through the Google toilet locator", she claimed.

She said that both manual and mechanised sweeping are daily carried out across the city in addition to road washing exercises.