After Maharashtra, now Madhya Pradesh makes reading of Preamble must in government schools 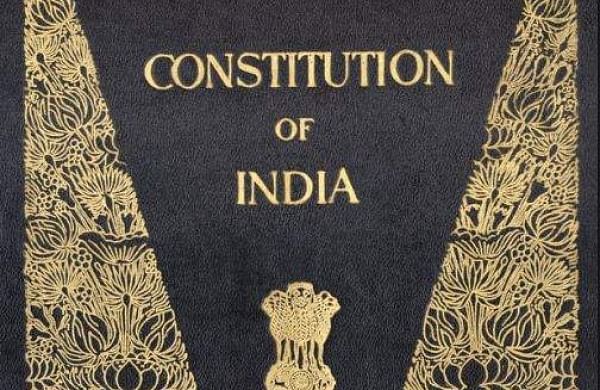 BHOPAL: A day after the Shiv Sena-NCP-Congress coalition government in Maharashtra resolved to make reading of the Preamble to the Constitution compulsory in schools, the Congress government in adjoining Madhya Pradesh has followed suit.

The School Education Department decided on Wednesday to make reading out of the Preamble compulsory for students in all government schools in the state every Saturday.

In every primary school and middle school, the students, during the Assembly, will read out the Preamble under the guidance of the headmaster/teacher.

In High School and Higher Secondary School, the students will recite the Preamble under the guidance of the school’s principal during the Bal Sabha, which is held every Saturday.

Welcoming the move, the opposition BJP said that the government should also be ready to face questions from school students pertaining to the Constitution.

The Uddhav Thackeray government on January 21 made its collective reading at all schools mandatory before prayer every day from January 26 in Maharashtra.

By making the collective reading of the Preamble a central feature of the anti-CAA protests, the agitators had sought to reaffirm their faith in the Constitution and in its sovereign, secular and democratic nature.

According to a circular issued by the Maharashtra government, the collective reading of the Preamble from this Republic Day in all primary and secondary will help the students imbibe the values of Sarvobhaum Sanvidhanache Janhit Sarvanche (Constitution is supreme for the welfare of all).

“If the Preamble is internalised at a young and tender age, then the students will cherish it in all walks of life,” read the notification, a copy of which is with this newspaper.

District education officers in the state have been tasked with monitoring and reviewing its implementation. Maharashtra has around 1.10 lakh primary, secondary and private schools. Ashish Shelar, former education minister and senior BJP leader, welcomed the notification.

“But after reading the Preamble, if someone says “Bharat Mata Ki Jai or Vande Mataram, they should not be boycotted or ill-treated,” he, however, said sarcastically.

When the common minimum programme of the ruling Maharashtra Vikas Aghadi was drafted, the Congress had insisted on inserting the word ‘secular’ in its preamble.

Ravindra Waikar, a Shiv Sena legislator, said the Maharashtra government’s decision will not stoke any controversy.

“Reading the Preamble is always good. It will help students know the Constitution at a tender age,” he said.

“Values of justice, freedom, equality and fraternity form the core of our Constitution. Its directive principles, duties and rights should be taught at a young age. If students properly imbibe those values, they will grow into responsible, civilized and cultured citizens,” the notification said.

(THE NEW INDIAN EXPRESS)
68 Days ago