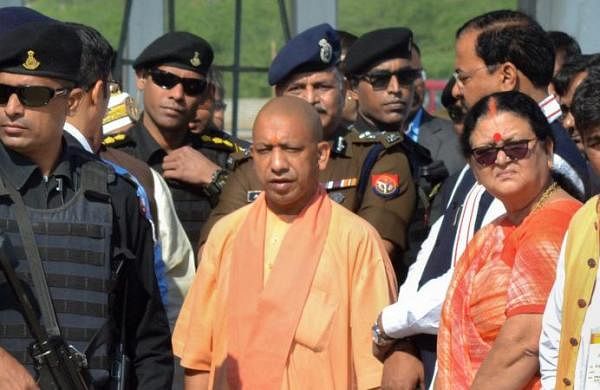 GORAKHPUR: Fresh identity cards are now being issued to journalists here, following an alert from intelligence agencies about the possibility of a terror attack on Chief Minister Yogi Adityanath where the attacker could come in the guise of a journalist.

Circle officer, LIU, Jagdish Singh, said, "We have been informed that security agencies have issued an alert about chances of an attack on Chief Minister Yogi Adityanath in Gorakhpur. As per the directives of officials, we are issuing identity cards to journalists. Many identity cards have been issued, while others are being processed."

ADG Gorakhpur zone, Dawa Sherpa said, "We have upgraded our security arrangements on the basis of information shared by the state and national security agencies.

The Chief Minister frequently visits Gorakhpur which is his constituency. The security arrangements are not for a particular visit but to strengthen the overall security."

Meanwhile, a senior police official said in Lucknow that a proposal was afoot to issue similar cards to journalists covering the Chief Minister's beat in the state capital also.

"There are around 900 accredited journalists in Lucknow and we need to whittle down the list. The exercise will begin soon," he said.