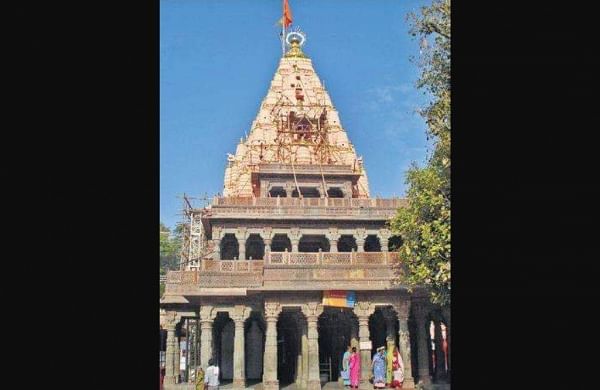 BHOPAL: After the Kashi Vishwanath Corridor Complex in temple city Varanasi, the Mahakal Temple complex in Madhya Pradesh’s temple city Ujjain too is set to attain a celestially attractive form.

An attractive light and sound system will be one of the key features of the Rs 714 crore Mahakal Temple Complex Expansion Project, whose first phase is likely to be completed within the next three months.

The MP chief minister Shivraj Singh Chouhan chaired a meeting in Bhopal on Friday evening to review the progress of the Mahakal Temple Complex Project. 90% of works pertaining to the project’s first phase are already completed and remaining work is likely to be completed over the next three months.

Efforts are being made to get the first phase of the major project launched by Prime Minister Narendra Modi, who had unveiled the KV Corridor Project in his parliamentary constituency Varanasi in UP on December 13, 2021.

Out of the total Rs 714 crore project, the MP government is spending Rs 421 crore. Along with the central share of Rs 271 crore, the managing committee is spending an amount of 21 crore.

Chairing the meeting, the CM directed for completing the works of the first phase systematically in the next three months, after which the date for launching the first phase will be finalised. The CM will go to Delhi and invite the PM to launch the project. The CM further directed that apart from Mahakal temple, other temples and places of interest in Ujjain should be developed in such a way and other activities be conducted in such a manner, that devotees and tourists want to stay there for a day or two.

Chouhan further said that the festival of Mahashivratri on March 1, will see every house in Ujjain being lit with earthen lamps. “There should be wide public participation in this.”

Both phases of the project should be completed by June 2023.