Ahead of Gujarat poll, BJP identifies AAP as key challenger in tribal areas 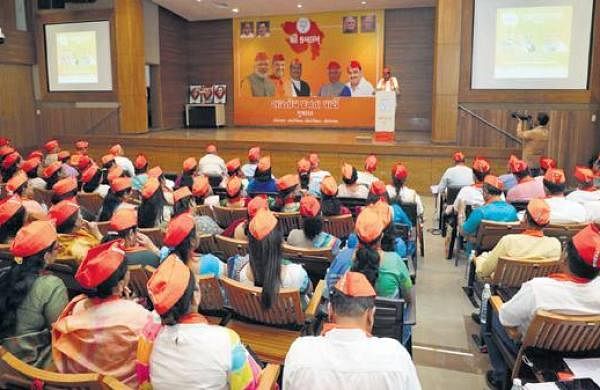 AHMEDABAD:  If BJP sources are to be believed, the party’s Gujarat unit appears more concerned about AAP’s tactic and searching posers than the Congress, which is seen as divided from the top. Top BJP leaders – Home Minister Amit Shah and party general secretary (organisation) BL Santosh — joined a party huddle Monday and discussed the challenges for the forthcoming Assembly election.

The party feedback, sources said, focused on the social media projection of the AAP, people’s perception about Arvind Kejriwal and his ability to understand Gujarat’s caste equations. The AAP has allied with Bharatiya Tribal Party (BTP) and has asked tribal communities to list what BJP has done for them.  Sources said soon the BJP would go to the tribals and inform them of the measures the party has taken since 1990.

“From Keshubhai Patel to Bhupendra Patel, our government has worked for the people. In today’s meeting, we decided that we’d go door-to-door to our people and show them what our government has done for them,” said state party chief CR Patil.

On the lines of UP election, the BJP would form a Page Committee to reach out to voters. “It is the best medium. More than 60 lakh members have joined the party through the Page Committee,” Patil said. “It is important to be active on social media,” said Patil, adding every party member should spread a word about government works.