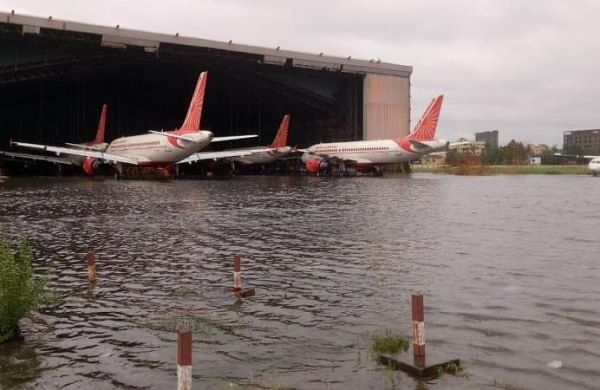 KOLKATA: Two hangars were damaged beyond repair, rainwater flooded the tarmac and runways and aircraft parked at the bay trembled as winds howled and reached speeds up to 130 kmph, said officials of Kolkata airport.

Though the hangars were not in use, old aircraft kept inside were badly damaged. Some of the aircraft were submerged in more than three feet of water for hours.

Such was the cyclone’s ferocity that the wheels of aircraft had shifted several inches sideways despite chocks firmly gripping them to prevent them from rolling over, said an official.

Though a Russian chartered plane landed at 2.31 pm for the evacuation of stranded Russian nationals, authorities are yet to declare that the airport is fit enough to operate in full swing.

“Part of one of the two runways is still under water. Water from tarmac and bay was pumped out on a war footing, but the runway is not yet clear,’’ said the official.

Some of the 42 aircraft parked at the bay need thorough tests before they can be put into service.

“The aircraft wheels were under three feet water for more than 16 hours. Besides, it shifted sideward despite chocks. Mechanical engineers will test the condition of the wheels before allowing the planes to fly,’’ he said.

“The Kolkata airport will be completely ready by the time when domestic flights start in four days.’’ Another cause of concern was the massive 8 lakh sq ft roof of the terminal at Netaji Subhash Chandra Bose International Airport.

Areas like Shovabazar, Sukiya Street, Amherst Street, BK Pal Avenue, which is a containment zone, were submerged under knee-deep water.