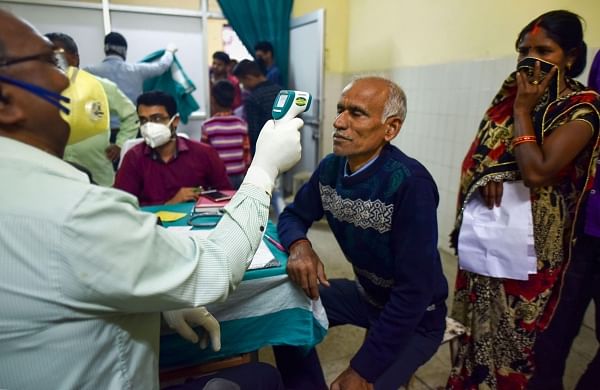 LUCKNOW: Even as Uttar Pradesh's tally of COVID-19 cases soared to 1294 on Tuesday, a professor of Allahabad University and 16 foreigners were among 30 people arrested by Prayagraj police for hiding their links to the Tablighi Jamaat event in New Delhi last month.

Professor Mohammad Shahid, who had allegedly attended the Tablighi Jamaat event, was arrested for purportedly helping the foreign attendees by arranging their ‘illegal’ stay at a mosque in Prayagraj after the lockdown was announced.

The professor is accused of not intimating the district administration of the presence of the jamaatis who had attended the event. Of the 16 foreign nationals arrested, nine are from Thailand while six from Indonesia. Besides, one jamaati each from Kerala and West Bengal were also arrested.

As per police sources, all the jamaatis were hiding inside the Abdullah mosque in Shahganj and Hera mosque in Kareli area of Prayagraj. On further investigation, it emerged that all the foreigners, especially Indonesians, had engaged in religious preaching despite visiting India on tourist visas. “They did not have permission to visit Prayagraj, still they visited the city and were hiding in a mosque,” said a senior police official.

As a result, an FIR against all the foreigners as well as Professor Shahid was lodged under Shahganj police station area. As per Prayagraj SSP Anirudhh Pankaj, all the foreigners and their facilitators were arrested for violating the provisions of the Foreigners Act and further action was being taken against them.