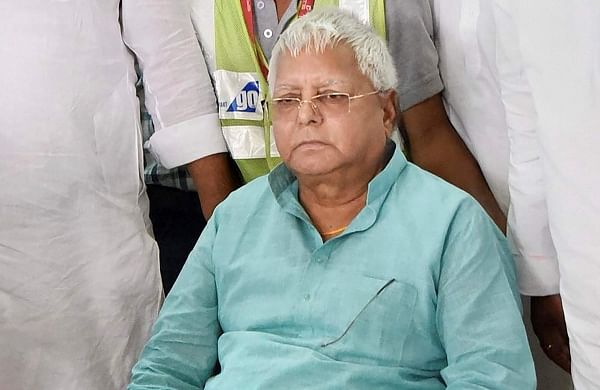 NEW DELHI: Amid trouble in the grand alliance of the opposition in Bihar, Rashtriya Janata Dal (RJD) chief Lalu Prasad Yadav said he had a telephonic conversation with Congress interim president Sonia Gandhi on Tuesday.

However, the details of the discussion are still unknown.

The telephonic conversation comes after Congress and RJD broke off the alliance ahead of the by-polls in Kusheshwar Asthan (SC) and Tarapur constituencies in Bihar scheduled on October 30.

Earlier, breaking the alliance with Congress in Bihar, Lalu Yadav had said that RJD's candidates would lose their deposit in the elections if they remain in alliance with the Congress in the state ahead of the by-polls in two assembly constituencies.

However, on Tuesday, the RJD chief called upon Congress to become a 'strong alternative' to the BJP at the national level politics and said that his party has always supported Congress in every situation.

The RJD and the Congress had contested the 2020 Bihar polls as coalition partners. The alliance fell short of 10 seats from the majority mark in the 2020 Bihar Assembly elections, with RJD emerging as the single-largest party with 75 seats. Congress could only manage to win 19 of the 70 seats it had contested on.

The ruling coalition, NDA secured a majority with 125-seats in the 243-seat strong Bihar Legislative Assembly of which BJP won 74 seats, Janata Dal (United) on 43 while eight seats were won by two other NDA constituents.