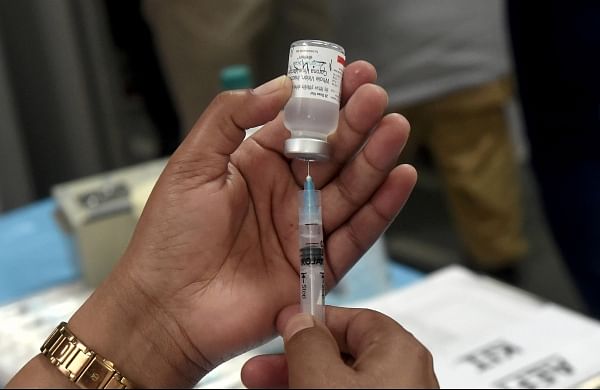 NEW DELHI:  The Centre and the Opposition-ruled states clashed over vaccine availability on Wednesday when India recorded a day’s high of 1,15,736 fresh cases, crossing the 1-lakh mark for the second time in three days.

The Union health ministry came down hard on Opposition-ruled states for playing “petty politics” over vaccination and stated that there is no dearth of vaccine stock, hours after Maharashtra, Delhi, Odisha and Andhra Pradesh said that they have sent SOS alerts to the Centre over Covid vaccine scarcity.

“The lackadaisical attitude of the state government has singularly bogged down the entire country’s efforts to fight the virus,” Union health minister Harsh Vardhan said referring to the Thackeray-led Maharashtra government.

He also criticised the Congress-led government in Chhattisgarh for being ‘perhaps the only government in the world where its leaders were inciting vaccine hesitancy’ and blamed its leaders for spreading “misinformation” and “panic” regarding vaccination.

Vardhan blamed states for their alleged attempts to distract attention from their failure to manage the Covid-19 pandemic and described the allegations of vaccine shortage as “baseless”.

Referring to Delhi, Maharashtra and Rajasthan governments’ demand to open vaccination for all adults, Vardhan said that the Centre has been transparently updating all the state governments about the demand-supply dynamics and the resultant jab strategy.

In his letter, Harsh Vardhan also pointed to the lack of Covid-19 facilities in Rajasthan, Punjab as well as BJP-ruled Karnataka and Gujarat.

“Many other states also need to bring their healthcare systems up to the mark. For example, the quality of testing needs to improve in Karnataka, Rajasthan and Gujarat. In Punjab, high case fatality rate needs to be improved by early identification of those needing hospitalization,” he said.

Vardhan said irresponsible statements by some state functionaries were spreading panic among the people.

Get the shot in your office