Andrew Symonds' sister says she just doesn't know what he was doing on a lonely stretch: Report 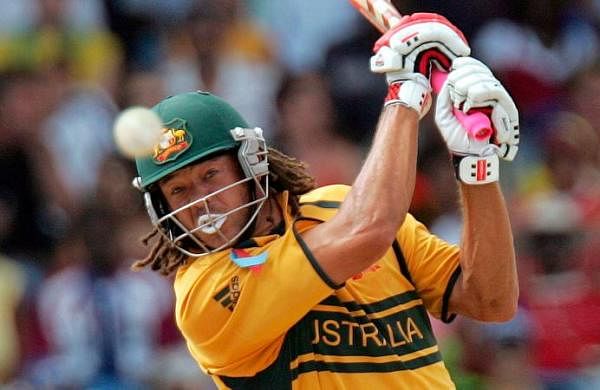 LONDON: The mystery around Australian cricketer Andrew Symonds' final hours before his death in a car crash on Saturday has deepened with his sister revealing to dailymail.co.uk that the family "just don't know" what the 46-year-old was doing on a deserted stretch on the night of the mishap.

The former all-rounder died in a single-car crash west of Townsville in Queensland. He leaves behind his wife Laura and two children.

The report said that his sister, Louise Symonds, "left a touching letter at the crash site" and said she wishes she could spend "just one more day" with her brother.

Quoting Louise, the report said, "It's (mishap) just awful. We just don't know (what Andre Symonds was doing there)," she said, adding, "I wish we had one more day, one more phone call. My heart is broken. I will always love you my brother."

Symonds' two dogs survived the crash. According to the report, two locals, Babetha Neliman and Waylon Townson, were at the scene within minutes of the mishap and saw the former cricketer "hanging partially out of the vehicle on the passenger side" with the car still running and music playing.

The duo tried to approach Symonds but one of the dogs wouldn't allow them to. "One of them (dogs) was very sensitive and didn't want to leave him. It would just growl at you every time we tried to move him or go near him," the report quoted Neliman as saying.

"My partner tried to get (Symonds) out of the car, to put him on to his back. He was unconscious, not responsive and had no pulse," added Neliman.

The report added that, "a shattered window could be seen where Symonds' 4WD (4-wheel drive) hit the embankment, with the contents of his car strewn in the weeds. A single fishing lure was half buried in the grass -- tangled in undergrowth, cable ties and broken glass."