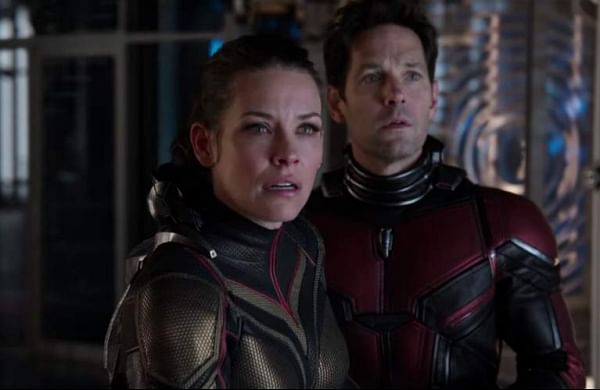 LOS ANGELES: Hollywood star Evangeline Lilly has revealed that she recently attended a rally against vaccine mandates in the US as she believes in "bodily sovereignty".

Lilly, best known for starring in multiple Marvel superhero movies as well as TV series "Lost", wrote in a post on Instagram that she believes "nobody should ever be forced to inject their body with anything, against their will".

"I was in DC this weekend to support bodily sovereignty while Canadian truckers were rallying for their cross-country, peaceful convoy in support of the same thing.

"I believe nobody should ever be forced to inject their body with anything, against their will, under threat of violent attack, arrest or detention without trial, loss of employment, homelessness, starvation, loss of education, alienation from loved ones, excommunication from society, under any threat whatsoever," Lilly wrote.

The 42-year-old actor shared three photos from the rally, which made headlines after the famous anti-vaxxer Robert F.Kennedy Jr compared the vaccine mandates to the Holocaust.

Lilly said she is "pro-choice" and does not believe that "answering fear with force will fix our problems".

I understand the world is in fear, but I don't believe that answering fear with force will fix our problems.

"I was pro-choice before COVID and I am still pro-choice today," the actor wrote.

Lilly is not the only Marvel star to come out against vaccine mandates.

At the start of the COVID pandemic in March 2020, Lilly was severely criticised after she posted about refusing to social distance and quarantine.

We all make choices," the actor had posted on Instagram.

After criticism, including that from "Game of Thrones" actor Sophie Turner, Lilly apologised for her remarks.