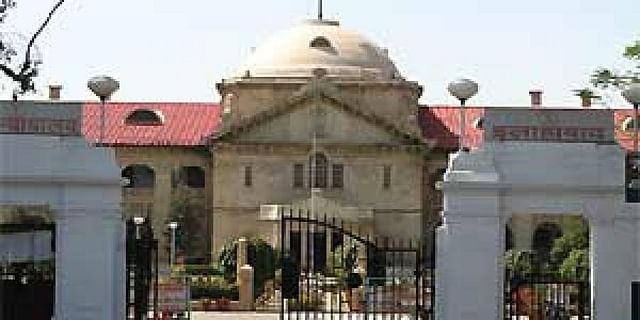 LUCKNOW:  The Lucknow bench of the Allahabad High Court on Wednesday dismissed a criminal appeal filed by two Ayodhya residents challenging the acquittal of all 32 accused, including former deputy prime minister L K Advani, in the Babri demolition case.

A bench comprising Justice Ramesh Sinha and Justice Saroj Yadav rejected the plea filed by two persons at the admission stage, questioning their locus standi saying they were not victims of the demolition.
“The two appellants cannot be treated as ‘victims’, therefore, they have no locus standi to maintain the instant appeal,” the bench said.

The appellants had claimed that they were witnesses in the trial stage and were victims of the demolition.
Opposing the appeal, CBI’s counsel Shiv Shukla, state government’s lawyer Arunendra and senior counsel Raghvendra Singh representing VHP leader Champat Rai, argued that the two appellants were neither complainants nor victims, adding they cannot appeal as strangers against the verdict of the trial court. After hearing both sides, the bench had reserved its order on October 31.

Referring to a full court verdict in the Manoj Kumar Singh case, the bench observed: “This Court is of the opinion that the instant criminal appeal filed on behalf of the appellants under Section 372 CrPC, is liable to be dismissed on the ground of non-availability of the locus standi to the appellants for challenging the judgment of the special CBI court.”

The disputed structure was razed by a mob of kar sevaks in Ayodhya on December 6, 1992, triggering riots that left hundreds dead across the country. The top leadership of the BJP and the Vishwa Hindu Parishad was present in the temple town on that fateful day. The first FIR registered a day after the demolition named 48 senior leaders, including Advani, Joshi, the then Shiv Sena chief Bal Thackeray, VHP’s international president Ashok Singhal and others. 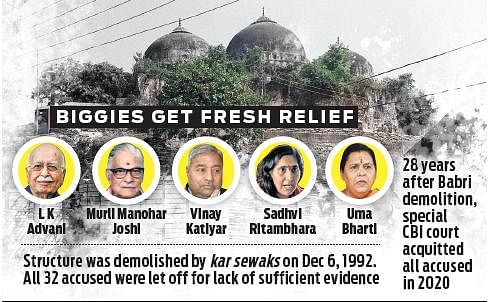