'Are there plans for mid-term polls?': Shiv Sena after Congress talk of going solo in 2024 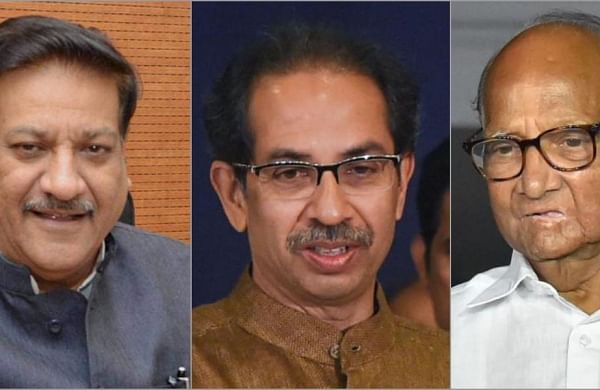 MUMBAI: With the Congress in Maharashtra expressing a wish to contest the next Assembly elections in the state on its own, its ruling ally Shiv Sena on Thursday said the 2024 polls are still far away, and also sought to know if there were any plans to have mid-term polls.

In an editorial in party mouthpiece 'Saamana', it also said that since all the major political parties have started talking about going solo, the Sena and the NCP will have to contest the next polls together in the interest of Maharashtra.

The party said that although the Congress is an important constituent of the Maha Vikas Aghadi (MVA) government, it is on the third position.

The Shiv Sena, which was one of the oldest allies of the BJP, had forged an unlikely alliance with the NCP and the Congress after the 2019 state polls to form the MVA government, after parting ways with the BJP over the issue of sharing the chief minister's post.

"However, Deputy Chief Minister (and NCP leader) Ajit Pawar has said that those who get the support of 145 legislators (in the 288-member Assembly), will form the next government and the CM will be decided by them. His statement is also valid. Parliamentary democracy is all about majority figures. Those who succeed in it, will be able to occupy the throne," it said.

There is nothing wrong in harbouring political ambitions, but numbers are required for their fulfilment. Ahead of the last Assembly elections, BJP leader Devendra Fadnavis had said he would return to power. But he could not do so.

Despite BJP winning 105 seats, three other parties (Shiv Sena, NCP and Congress) formed a coalition government, the Uddhav Thackeray-led party added. Patole has spoken about going solo to boost the morale of the party workers.

Soon after Patole's statement, senior BJP leader Raosaheb Danve announced that his party would also contest the next polls on its own, stating that BJP-Shiv Sena alliance is impossible, it said. The Sena also said that there is no party in Maharashtra that will align with the BJP and hence it is evident that it will have to contest the elections alone.

"The 2024 Lok Sabha and Assembly polls are still far away, but the major political parties (BJP and Congress) are suddenly talking of contesting the elections independently. Are there any plans to have mid-term polls?" it asked.

The party said that after what happened in 2019, it is too early to speak of 2024 now. "The state is facing a new crisis everyday. Some evil forces in politics are trying to ensure that the state becomes politically and financially weak," it added.

"If the main political parties are speaking of going alone , the other two parties - Shiv Sena and NCP - will have to join hands in the interest of the state. Chief Minister Uddhav Thackeray and NCP chief Sharad Pawar have already spoken about it," the ruling party said.