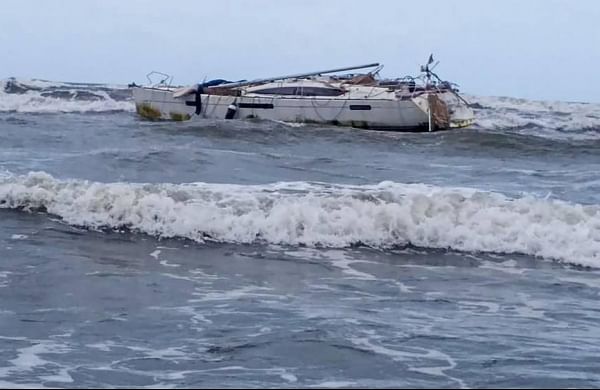 MUMBAI: Maharashtra Deputy Chief Minister Devendra Fadnavis on Thursday said the boat found with some semi-automatic weapons off the Raigad coast was owned by an Australian woman.

The boat drifted due to the inclement weather and came to the Raigad coast, Fadnavis informed the state Assembly.

The state home minister made the statement after NCP legislator Aditi Tatkare raised the issue in the House.

"The boat found drifted off the Raigad coast is owned by an Australian woman. Some semi-automatic weapons have been found on it," he said.

"Central agencies and the state police have started an investigation into the matter," he added.

A 16-feet-long yacht owned by an Australian woman drifted to Raigad coast near Mumbai, officials said on Thursday, but ruled out a terror angle after three AK-47 rifles were found aboard.

Maharashtra Deputy Chief Minister Devendra Fadnavis, who also holds the Home portfolio, informed the State Assembly that the vessel owner is an Australian woman whose husband was its captain.

"As of now, there is no terror angle. But the investigation is going on. We can't rule out any angle as of now. I am just sharing primary information," he added.

Local police and the Anti-terror Squad are investigating the matter, he added.

The yacht, which is four metres wide, was on way to Europe from Muscat in June when it drifted to inclement weather, he said.

The Australian couple abandoned it after engine trouble, he added.

Prima facie, there is no terror angle, but it is unclear why it was carrying arms, Fadnavis said, after Raigad legislator Aditi Tatkare sought a probe into the issue.

A police official said the vessel's crew was rescued in June off the Oman coast.

Some locals spotted the yacht near Shrivardhan, more than 190 km from Mumbai, and alerted security agencies, the official said.

A Coast Guard official said there is no security threat.

"It is a UK registered yacht which was sailing from Oman to Europe. It had given a distress call and people onboard were rescued by ships in the vicinity of Muscat on June 26," the official said.

The yacht also carried some small arms of the AK series, he said.

The arms vendor has been contacted and the serial numbers of the weapons found onboard match with the ones missing from the vendor's inventory, the official said.

"Since a yacht moves slowly, it is permitted to carry small weapons. When the people onboard abandoned the boat, they did not carry the weapons with them," the official said.

The official said the yacht was badly damaged and partly submerged after being battered by the monsoon winds.