Around 70 per cent of India's active COVID-19 caseload contributed by eight states, UTs 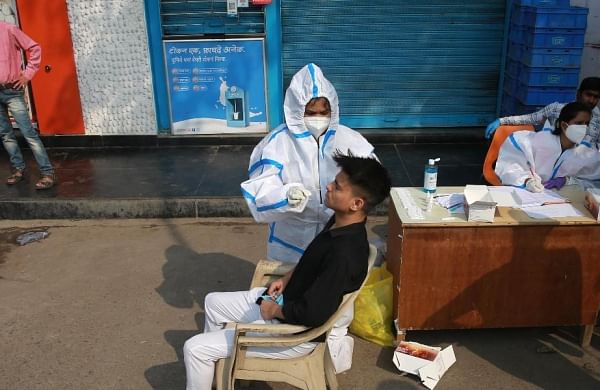 NEW DELHI: About 70 per cent of India's active COVID-19 caseload is contributed by eight states including Maharashtra, Kerala, Delhi, Rajasthan, Uttar Pradesh, Karnataka, West Bengal, and Chhattisgarh, according to a release by the Union Ministry of Health and Family Welfare on Friday.

There are 4,55,555 active infections, and at present, the contribution of active caseload to India's total positive cases is 4.89 per cent. Maharashtra leads the tally with 87,014 total active COVID cases. Kerala recorded 64,615 active cases, while Delhi follows with 38,734 active infections.

78.15 per cent of the new recovered cases are observed to be concentrated in 10 States/Union Territories.

Kerala has reported the maximum number of single-day recoveries with 5,970 newly discharged cases. 4,937 people recovered in Delhi followed by 4,815 in Maharashtra.

75.20 per cent are concentrated in ten States/UTs. Delhi with 91 deaths reported the maximum new fatalities.