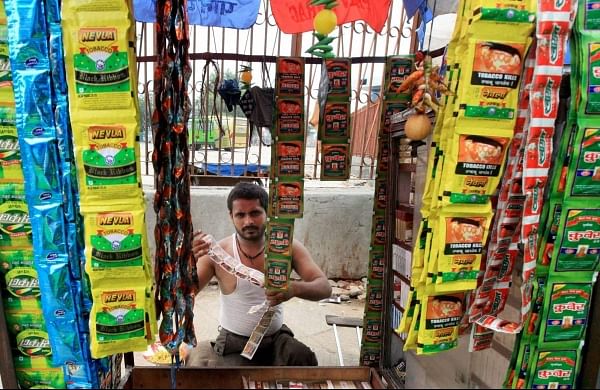 GUWAHATI: The Assam government on Wednesday banned the sale and manufacturing of pan masala and gutkha in the state for one year.

A notification issued by the Food and Drug Administration of the state government banned the manufacturing, storage, sale, transportation, display, and distribution of food articles in which tobacco or nicotine are used as ingredients.

Several organisations and NGOs have been demanding that the BJP-led government in Assam should strictly enforce the central anti-tobacco act in Assam and, thereby, impose complete ban on smoking in public places, sale of tobacco products to minors and within the 100-yard radius of any educational institutions which has been mandated by Sections 4 and 6 of the Cigarette and Other Tobacco Product Act (COTPA), 2003.

According to the World Health Organisation (WHO), cardiovascular diseases (CVD) kill more people than any other cause of death worldwide, and tobacco use and second-hand (passive) smoke exposure contribute to approximately 12 per cent of all heart disease deaths.

According to a recent survey, almost half of the adult population in Assam use tobacco in some form or the other. The study also pointed out that more than 30 per cent of non-smokers are exposed to passive smoking in work and public places in Assam.

The government of Assam has imposed the ban in pursuance of Regulation 2,3,4 of the Food Safety and Standards (Prohibition and Restrictions on Sales) Regulation, 2011, officials said, adding that the manufacturing, storage, transportation, display, distribution or sale of gutka, pan masala or any chewing material containing tobacco or nicotine as ingredients are henceforth prohibited in the state of Assam for a period of one year.

The Consumers' Legal Protection Forum (CLPF), Assam, and Consumer VOICE, New Delhi, reacted positively to the government's notification for supporting the initiative of banning chewing tobacco, gutkha, and pan masala. In their statements, they thanked the Assam government for its efforts.

Terming this as long overdue, they stated that this curb will help citizens to overcome cancer and other dreaded diseases.

Amal Chandra Kataki, Director of Dr. B Borooah Cancer Institute, said, "This initiative of Assam government to ban gutkha, pan Masala etc. in Assam is a significant one in view of the high prevalence of tobacco consumption (48.2 per cent) in the state. It is the single major important risk factor for cancer. It is also responsible for cardiovascular disease, chronic respiratory disease etc."

"The rise in a number of tobacco users, especially smokeless, is a cause of worry because it is easily accessible to children and youth. We are working in the state through our programs to protect the public, especially youth and children, from exposure to tobacco use," said advocate Ajoy Hazarika, Secretary, CLPF.

It may be mentioned here that the Global Adult Tobacco Survey 2 (GATS 2) released by the Ministry of Health and Family Welfare (MoHFW) shows 48.2 per cent percent of adults in Assam consume tobacco.