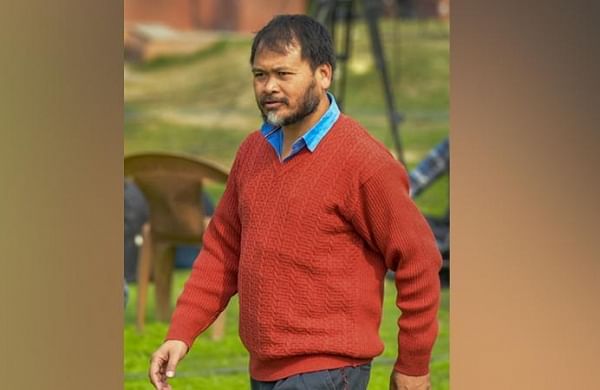 SIBSAGAR: Jailed anti-CAA activist Akhil Gogoi became the first Assamese to win an election without hitting the campaign trail, as he clinched the Sibsagar constituency, defeating his nearest rival Surabhi Rajkonwari of the BJP by a decisive 11,875 votes.

The founder of the newly floated Raijor Dal -- arrested in December 2019 over sedition charges -- bagged 57,219 votes as an Independent, garnering support from 46.06 per cent of the electorate.

The Congress, which had initially backed the Raijor Dal chief, ended up giving ticket to Subhramitra Gogoi, who came third in the contest.

The RTI activist, in an attempt to reach out to the people of the state, wrote several open letters from jail, highlighting problems that need to be addressed.

What might have struck a chord with the electorate was his 85-year-old mother's efforts to campaign for his imprisoned son along the narrow lanes of Sibsagar, despite the frailties of old age.

Moved by Priyada Gogoi's determination, renowned social activists Medha Patkar and Sandeep Pandey flew down to the Upper Assam town and joined the octogenarian in her campaigns.

Hundreds of youth volunteers of the Raijor Dal also took to door-to-door electioneering to woo voters ahead of the three-phase polls.

Notwithstanding the entire election machinery of the BJP, which put all its weight behind Rajkonwar as top leaders such as Union Minister Smriti Zubin Irani addressed the people of the constituency, Gogoi, a greenhorn, emerged victorious with absolutely no cash in hand and Rs 60,497 in deposits.

A graduate from Cotton College in Guwahati, the 46- year-old Raijor Dal chief is not new to electoral politics.

He had served as general secretary of the Cotton College Students' Union in 1995-96.

Over the years, the anti-corruption activist, who also helms the Krishak Mukti Sangram Samiti (KMSS), had been at the forefront of numerous agitations.

He had fought for land rights of indigenous people, and led a statewide movement against construction of big dams in the ecologically sensitive regions.

Dozens of cases have been slapped on him by successive state governments.

The National Investigation Agency (NIA) arrested him in December 2019 for his alleged involvement in the violent anti-Citizenship (Amendment) Act protests across the state.

Political analyst Atiqur Rahman Barbhuiya said Gogoi's victory will go down in history as the only political prisoner to have set such a precedent after former union minister George Fernandes, who won the 1977 Lok Sabha election by over three lakh votes from a jail in Bihar's Muzaffarpur.

"Gogoi won because he identified with the indigenous sentiments. People considered him as his spokesperson," Rahman Barbhuiya told PTI.

Prominent members of the Raijor Dal said they would move the court, seeking arrangements for Gogois participation in the oath-taking ceremony.

(THE NEW INDIAN EXPRESS)
385 Days ago