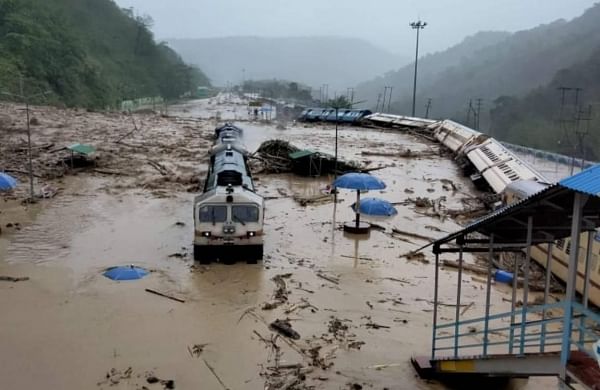 The deaths occurred in Cachar (2), Lakhimpur (1) and Nagaon (1) districts on Friday. With these, the death toll went up to 14 – nine died in flood and five others in landslides.

According to the Assam State Disaster Management Authority, close to 7.12 lakh people were still affected in 29 districts. The authorities set up 234 relief camps where 74,705 of the marooned, including 168 pregnant women and lactating mothers, were taking shelter.

River Kopili was still flowing above the danger level.

As many as 86,772 people have taken shelter in 343 relief camps, while another 411 relief distribution centres are also operational.

The ASDMA bulletin said that 21,884 stranded people have been evacuated with the help of NDRF, SDRF and volunteers.

It said that 269 people have been rescued from Dima Hasao district in the last two days with help of the Indian Air Force and they have been taken to Silchar.

The state government has allotted an additional Rs 2 crore each to Cachar and Dima Hasao districts for releasing gratuitous relief to the affected people.

Steps are being taken to restore broken communication links and a close watch is being kept on the overall situation, the bulletin added.

The North-eastern Frontier Railway (NFR), in association with district authorities of Hojai, ran a special train for the relief and rescue of flood-affected people of the district recently.

Consisting of three coaches, the train ran from Hojai to Jamunamukh, carrying food and essential materials for the flood-hit people who had taken shelter in make-shift tents beside railway tracks in Hojai-Jamunamukh section, an NFR release said on Friday.

Meanwhile, telecom major Reliance Jio has announced a complimentary four-day unlimited plan to its customers in the five severely flood and landslides affected districts of the state.

The plan includes unlimited free calls to all networks and data services up to 1.5 GB per day, along with 100 SMS per day to its customers in Dima Hasao, Karbi Anglong East, Karbi Anglong West, Hojai and Cachar district, according to a statement issued by the company.

Reliance Jio has provided the same special plan to four other North-eastern states -Meghalaya, Mizoram, Manipur and Arunachal Pradesh, that have been affected by thunderstorms, heavy rain, flooding and landslides, it said.