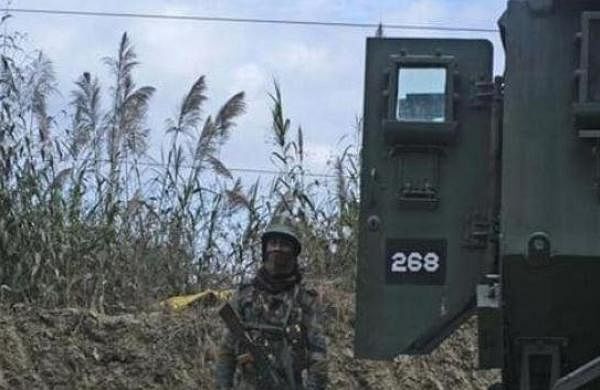 GUWAHATI: A Junior Commissioned Officer (JCO) was injured when the militants carried out an attack on the Assam Rifles in Changlang district of Arunachal Pradesh on Tuesday.

Official sources said the militants, suspected to be from the United Liberation Front of Assam (ULFA) and the Yung Aung faction of National Socialist Council of Nagaland (NSCN-YA), had fired the shots from across the Myanmar border at around 3 am.

“The Assam Rifles troops were undertaking enhanced patrolling activities in view of heightened vigil for the forthcoming Independence Day. One JCO sustained minor injury in the hand. No injury or any other damage reported,” Assam’s Tezpur-based defence spokesman Lt Col AS Walia said.

The site of the incident is 1 km away from the Pangsau Pass. Reports suggested the militants used mortars in the attack.

Gunshots were also heard on the international border in Noklak district of neighbouring Nagaland. “The Assam Rifles said gunshots were heard at midnight. Our officers are at the site to verify it,” Noklak Superintendent of Police Pritpal Kaur told The New Indian Express.

Recently, several militant outfits of the Northeast, including ULFA and NSCN-YA which operate out of Myanmar, had jointly called for a boycott of the Independence Day and appealed to people in the region not to participate in the celebration.