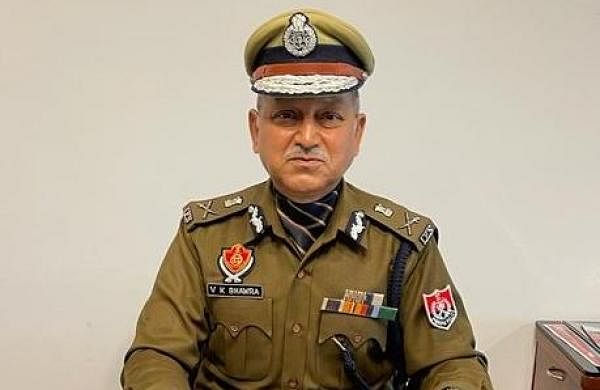 Six of the accused have been arrested in the case so far, including a lady.

Meanwhile, three of the main accused including the person who fired the Rocket-Propelled Grenade (RPG) are yet to be arrested and two others from Bihar based in Uttar Pradesh have been picked up by the state police for questioning as they also had a role to play. The duo is yet to be formally arrested.

Punjab Director General of Police VK Bhawra said that the key conspirator behind the attack on the intelligence headquarters building in Mohali, gangster Lakhbir Singh alias Landa originally hails from Tarn Taran district of the state but due to pressure from the police he shifted to Canada in 2017.

He is also a close associate of gangster-turned-terrorist Harvinder Singh Rinda who is in Pakistan and had hatched the conspiracy along with the Babbar Khalsa International and Inter Services Intelligence ( ISI) of Pakistan, cops said.

Lakhbir's other associates are Nishan Singh and Charan Singh, serving a life sentence in a murder case, but now out on parole. Both of them are also from Tarn Taran.

"Nishan Singh who was recently arrested by the Faridkot police in another case retrieved RPG from the earmarked location on Kulla-Patti road under the directions of Lakhbir. All the persons behind the attack have been identified and the conspiracy has been cracked. We have arrested five persons who provided shelter, logistic support and weapons to those who carried out the explosion.

"These are Kanwar Bath and Baljit Kaur of Amritsar with whom the attackers stayed at their residences from April 27 to May 7,  Jagdeep Kang of Wave Estates in Mohali was local support,  Anand Deep Singh of Amritsar is a brother-in-law of Nishan and used to assist in providing logistic support and
Baljinder Singh Rambo also of Taran Taran, who was arrested in NDPS cases and is a drug addict, had delivered the consignment of AK-47 to Charat and his two aides on the directions of Nishan," the DIG said.

"Kang is said to be close to a Punjabi singer. While Nishan is already arrested in another case of arms smuggling and will be arrested in this case also. The three who carried out the Rocket Propelled Grenade (RPG) attack would be arrested soon," Bhawra added.

Two cars, including SUV Toyota Fortuner and the hatchback Maruti Swift, has also been recovered from their possession.

Kang also helped in the recce of the Intelligence Headquarters on the afternoon of May 9 and Charan Singh and two other accused carried out the attack later that evening.

"The attack was a signal to the police. The staff and officers had left by that time. So, it was just a signal, a message for the police. We take it as a big challenge. We have dealt with them in the past also," said Bhawra.

He said that Lakhbir is also wanted in several other cases as he was accused of making ransom calls to singers, doctors and businessmen.

"We have also picked up two others Mohd Nasim Alam and Mohd Sharaf Raj both residents of district Auraiya in Bihar for questioning from Noida in Uttar Pradesh as they were found to be in touch with two unknown attackers," said the DGP.

Sources said that the Russian made Rocket-Propelled Grenade (RPG) was supplied in two parts through a drone earlier this year from Pakistan.