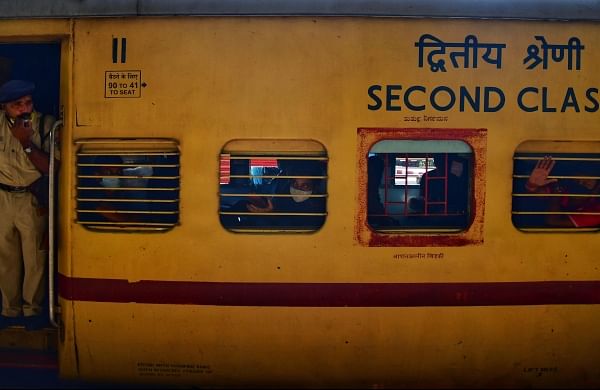 RANCHI: An audio of a conversation between senior IAS officer AP Singh and a migrant, went viral on social media on Thursday where Singh could be heard telling the migrant to jump off the train when he complained of starving as no food was being provided to them.

The IAS officer, however, said that the audio might have been heard out of the context as he was probably at his home when the call was made to him.

In the audio the migrant makes a call to Singh introducing himself as a migrant worker returning home by a Shramik Special Train. He complained to Singh that they had not been provided food and are starving.

Singh replies that food will be provided by railways.

The migrant questioned as to when they would be given food because till then, they had only been given a packet of bread, a bottle of water, and a banana, "how will they (the migrants) survive on that?"

Singh responds, "Kood jaiye wahan se...aur kya kariyega" (Jump from there… is there any other solution).

The migrant questions, “Will it be better to jump sir?” Singh cuts off the call ending with, “Whatever is to be given will be given by the railways.”

When asked about the audio, Singh said that he might have been overheard by the migrant as he was with his family and kids.

“If you hear the audio patiently, you will hear the word ‘beta’ twice. It appears that I might be at my home during which my son had climbed on something and hence, I might be telling him to jump from there. Meanwhile, in the audio I was also trying to convince the person that food will be provided by the railways, (sic.)” said the Senior IAS officer.