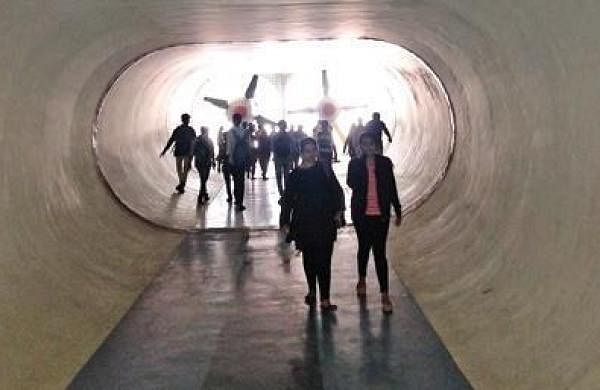 BENGALURU: The Australian Space Agency is working closely with the Indian Space Research Organisation (ISRO) on India’s first manned mission into space, Gaganyaan, sprucing up its temporary ground station tracking facilities in Australia for the mission. This is following a request by ISRO, as per a top official from the agency.Australian Space Agency (ASA), established in 2018, has a long history of collaborating with other countries’ space missions. This includes NASA’s expedition to the moon, where Australia received the first pictures of Armstrong’s first steps on the moon, facilitated communication with deep space probes, and rovers on Mars.

Australia has had a partnership with India since 1987 -- “to support data calibration and laser raging for Indian satellites, launching Australian satellites, and conducting joint research,” said Caitlin Caruana, Assistant Manager, International Engagement, Australian Space Agency, at a conference hosted by both agencies on Wednesday.

Australia, she said, is keen on collaborating with ISRO and Indian Space companies on its seven National Civil Space Priority Areas — Position, navigation and timing; Earth observation, communications technologies and services, space situational awareness and debris monitoringamong others.Partnerships can be either between our space agencies or through private sector collaboration between our burgeoning space industries, she told TNIE.

Among other collaborations, Adam Gilmour, CEO/Co-Founder, Gilmour Space Technologies, told TNIE that he was looking at a joint mission to the moon or a near earth asteroid with companies in India or ISRO.While Indian companies and startups are waiting to be able to travel to Australia to pursue collaborations, Barry O’Farrell AO, Australian High Commissioner to India, said Australian government recently announced a process for non-citizens in critical sectors or with critical skills to apply for travel exemptions.

While Australian companies sought clarity on whether they can directly apply to ISRO contract or would require Indian partners, G Narayanan, Chairman and Managing Director, NewSpace India Limited (NSIL), said he was not in a position to comment at present on Australian companies getting using Indian Infrastructure.