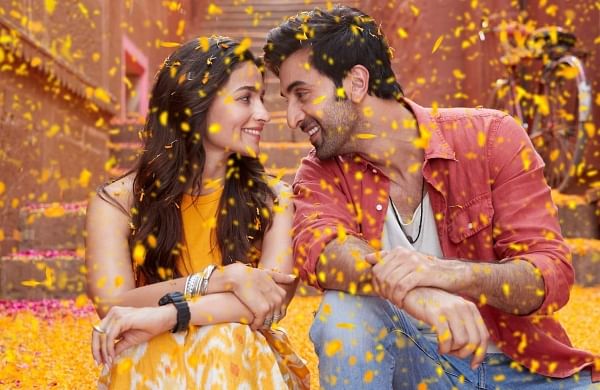 Confirming the incident, a Mahakal police station official said they resorted to cane-charge to disperse the protesters. Eyewitnesses said despite the cane charge, the protesters did not allow Ranbir and Alia to enter the temple premises.

"We will not allow them to worship at the holy Mahakaleshwar temple as a few days back Ranbir had said that he likes to eat mutton, chicken and beef in non-veg food," Bajrang Dal leader Ankit Choube told reporters.

Even Alia had said that those who want to see her film 'Brahmastra' should watch while others who are not keen shouldn't, he claimed.

An alleged Bajrang Dal man, meanwhile, had to bear the police's wrath, after he allegedly got physical with an on duty cop. He was later detained by police. @NewIndianXpress @TheMornStandard @santwana99 pic.twitter.com/HxBXAYKf3k

The police official said they have taken action under section 353 (Assault or criminal force to deter public servant from discharge of his duty) of the Indian Penal Code against a right-wing activist.

(THE NEW INDIAN EXPRESS)
91 Days ago