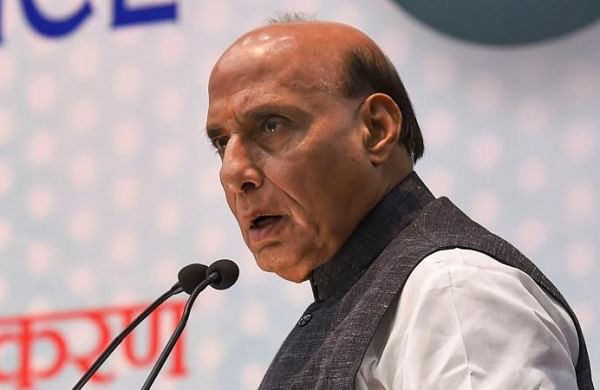 NEW DELHI:  India’s approach to combating terrorism has undergone a major change as the armed forces now do not hesitate to carry out cross-border operation to protect the country from terror attacks, Defence Minister Rajnath Singh said on the first anniversary of the Balakot air strike on Wednesday.

A fleet of Indian Air Force aircraft bombed a terrorist training camp in Balakot inside Pakistan on February 26 last year to avenge the killing of 40 Central Reserve Police Force personnel in the Pulwama terror attack on February 14.

He said the Modi government has adopted a new approach to combat terror reflecting a strong resolve to even carry out cross border strikes to protect India from the scourge of terrorism.

“The surgical strikes of 2016 and Balakot airstrikes of 2019 are testimony to this change. This is certainly a new and confident India in making,” Singh said in a series of tweets.

Air Chief Marshal RKS Bhadauria, Chief of the Air Staff, flew a five aircraft mission at Srinagar Air Base along with aircrew from squadrons that had participated in the operations on 26th and 27th February last year.

The Air Force said February 26, 2019, was a momentous day as it bore testimony to the professionalism and operational preparedness of men and women of the IAF.

‘Remain alert, be prepared for any security challenge’

Army Chief General M M Naravane on Wednesday exhorted the troops deployed along the Line of Control in the Kashmir Valley to remain alert and be prepared to meet any emerging security challenge.

Gen Naravane, who arrived on his maiden visit to Kashmir on Tuesday after taking over as the Army Chief, visited the formations and units deployed along the LoC on Wednesday.

General Naravane reviewed the security situation of the Valley and at frontiers and directed troops to give a befitting reply to ceasefire violations by Pakistan.