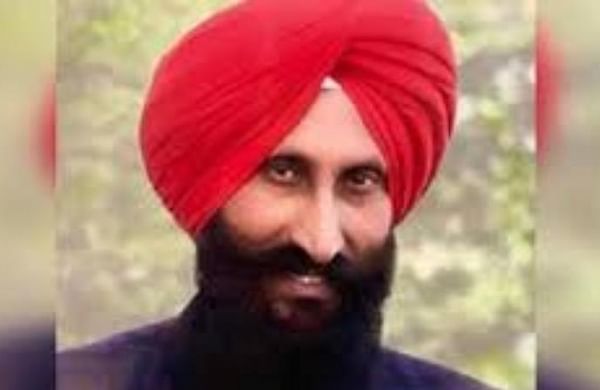 TARN TARAN SAHIB: Shaurya Chakra awardee Balwinder Singh Sandhu who fought terrorism in Punjab was shot dead by two unknown assailants in Tarn Taran district on Friday, family members who initially resisted to cremate the body, agreed to perform last rites on Saturday following an assurance from local administration that the culprits will be nabbed as soon as possible.

Sandhu's wife Jagdish Kaur was adamant that the family will not perform the last rites until the culprits were arrested and also accused the government of withdrawing his security cover.

"There are 42 registered FIRs of attacks on our family and countless other attacks have taken place which is not on record. Withdrawal of security was wrong," Jagdish Kaur, wife of Shaurya Chakra-awardee Balwinder Singh said on Saturday.

"Government, administration and intelligence agencies are responsible for this. We sought security again, but to no avail. Those who treat security cover as a status symbol have been provided with it. We actually needed it but weren't provided," she added.

Rajesh Sharma, Sub Divisional Magistrate (SDM), informed the media, "After the administration's assurance, the family has now agreed to conduct the last rites of Balwinder Singh. Additionally, three security personnel have also been deployed for the family's security."

"Further, according to the demand of the family, a member of Balwinder Singh's family has been assured a government job and I have conveyed the same to the state government," Sharma added.

"The culprit behind Balwinder Singh's death shall be put behind bars in no time. We're investigating the matter," Jagjit Singh Walia, Superintendent of Police (SP), said on Saturday.

"No matter who they are, the police will surely catch the perpetrators," Congress MLA Harminder Singh Gill said.

CCTV investigation in the matter is underway.

(THE NEW INDIAN EXPRESS)
465 Days ago