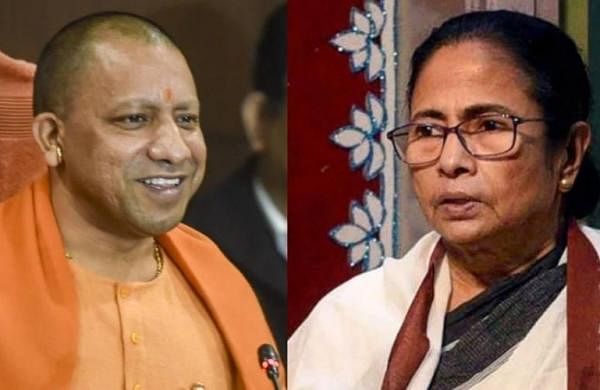 LUCKNOW: Uttar Pradesh CM Yogi Adityanath will visit the poll-bound Bengal to give a further push to the prospects of the BJP.

CM Yogi is expected to visit Malda on March 2 to address public rallies. The BJP has planned over 1,500 poll rallies in the state.

Though the poll dates have yet to be announced, the BJP is leaving no stone unturned in the bid to win the polls. The Mamata Banerjee-led TMC government has been in power since 2011.

Yogi's March 2 trip will be his first to the poll-bound state. Besides taking part in BJP’s ‘Poribortan Jatra’, CM Yogi would also address a public rally in Malda attacking the Mamata government.

CM Yogi had been among the top star campaigners of the BJP. Often portrayed as the poster boy of Hindutva in the political landscape, CM Yogi always remains in demand to campaign for BJP in all poll-bound states.

In the recent past, CM Yogi had campaigned vigorously in Bihar, Chhattisgarh, Kerala, and also Hyderabad where municipal elections were taking place.

Prior to this, Yogi had addressed a number of rallies in West Bengal during the Lok Sabha elections. On one occasion, when the TMC government denied him permission to land his chopper at Purulia for a rally, he went to Jharkhand and from there proceeded to the venue by road.

Besides PM Narendra Modi, Home Minister Amit Shah, Defence Minister Rajnath Singh, and BJP chief JP Nada, UP CM Yogi Adityanath is expected to address several public meetings to woo the voters in Bengal. As the party’s star campaigner, Yogi had most recently visited Kerala to participate in the party’s Parivartan Yatra which was followed by his public meeting.

Yogi has a noticeable track record as far as his success rate on the seats he campaigns for in polls in other states is concerned. In the most recently concluded Bihar elections, his campaign skills did wonders on some of the seats for the BJP-JD(U) alliance. Of the 18 seats where CM Yogi had campaigned for the Bihar elections, the alliance won around a dozen with a success rate of 67%.