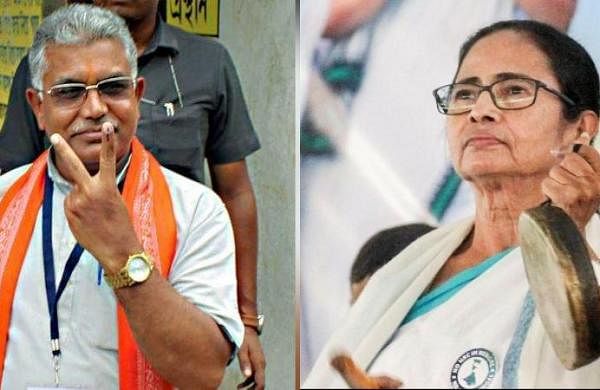 KOLKATA: Buoyed by the "positive" response to its 'insider versus outsider' campaign, the TMC leadership has decided to embrace 'Bengali pride' as its main poll plank for the 2021 assembly polls to counter the BJP's aggressive Hindutva campaign in West Bengal.

The Mamata Banerjee-led party, which has often been mocked by opponents for not having a well-defined ideological plank, seems to have finally found its calling in Bengali sub-nationalism, as a section of top party leaders feel only an "inclusive message of regionalism, which the Bengalis can identify with, will counter the aggressive nationalism and Hindutva practised by the saffron camp".

"During the next assembly polls, apart from development, Bengali pride will be our main poll plank. Bengali pride is not just about Bengalis, it appeals to all sons of the soil. This philosophy will help counter BJP's attempts to import leaders from outside to control the people of the state," senior TMC leader and MP Sougata Roy told PTI.

According to TMC sources, much like the regional parties of Tamil Nadu, which are proponents of Tamil pride, and Shiv Sena in Maharashtra, which harps on Marathi 'Ashmita' (pride), the TMC plans to emerge as the protector of Bengali culture and identity.

"The JD(U) in Bihar had talked about 'Bihari versus Bahari'. Even the BJP, which boasts of nationalism, had campaigned on the poll plank of Gujarati 'Ashmita' during the 2007 Gujarat elections. So if we do the same, we think no one should complain about it," another TMC leader said.

A senior leader of the Mamata Banerjee-led party, who was a part of a select group of the members that formulated this ideological plank, said "divisive politics and religious polarisation could never be countered with development politics.Only sub-nationalism and regionalism can do that."

Born in the womb of the Congress, the TMC, which rose to power after a long fight against the CPI(M)-led Left Front, had initially adopted the slogan of 'Maa Mati Manush' (Mother, Land and People), carefully blending socialism and secularism -- a powerful concoction that countered the communists and their doctrines well.

The party tasted success in 2011 and continued its winning streak in 2016 assembly polls.

The rise of the BJP in Bengal's political map, however, has made the TMC realise that its socialist slogan was not all enough to offset 'Hindutva', especially at a time when it has been branded as a party "that favours only minorities" by the saffron camp.

According to TMC sources, after the electoral reverses in the Lok Sabha polls last year, and with the emergence of the BJP as a prime contender for power, the TMC initially tried to shed the 'anti-Hindu' tag and embrace 'soft Hindutva', but it soon realised that it could never beat the BJP in its own game.

The party then took a cue from the results of the final phase of the Lok Sabha polls in Bengal, where the saffron party, which, despite its spectacular performance in the previous phases, drew a blank in all nine seats that went to polls towards the end.

The TMC zoomed past the saffron party in the final phase with its fiery campaign over "insult to Bengali icons", following the desecration of social reformer Ishwar Chandra Vidyasagar's bust during a BJP rally.

Although the BJP had denied the allegations, the damage was done.

Then on, TMC supremo and Chief Minister Mamata Banerjee has often invoked Bengali sub-nationalism, and called the BJP a party of "outsiders".

"Initially it was a half-hearted campaign, as we were worried about its impact on the Hindi-speaking population of the state. But later it was decided that Bengali sub- nationalism or Bengali pride would be our main ideological plank. Whether we win or lose, this will be our mainstay in days to come," the TMC leader, who played a key role in zeroing in on the idea, said.

Citing Bengal's demographic map, where 70 per cent is Hindu population and 30 per cent Muslims, the TMC leader said, "The state consists of 86 per cent Bengalis, that's the antidote of BJP's politics.

Bengalis are an independent-minded community since the days of British Raj.

"Post-independence, too, be it the Congress or the communists, none of them ever accepted the supremacy of Delhi. Hindu-Muslim politics won't work here," he said.

Over the last two weeks, the TMC has been holding aggressive "insider versus outsider" campaigns to corner the BJP in various areas, and statements such as "Bengal will be turned into Gujarat" with the import of leaders from other states, has provided the much-needed ammo to even out the party's internal conflicts, which is now out in the open.

Lack of a face to counter Banerjee and the BJP's "over-dependence" on central leadership has added to the benefits of the TMC.

"People have to decide whether they want to be dominated by outsiders or handover the reins to a son of this soil. It is a decision which will impact our next generations," TMC minister Bratya Basu said.

Political analyst Suman Bhattacharya feels that "Bengali pride" is a formidable weapon which will benefit any political party that nurtures the cause carefully.

"Most of the political parties of the country have their origins in Bengal. But the issue of Bengali pride has never been taken up. Any political party who can properly nourish the cause will gain out of it," he said.

Narratives themed around 'Bengali pride' and 'natives versus outsiders' are slowly gaining momentum, with various outfits raising the pitch for reservation for domicile Bengalis in jobs and education in the state, where, until a few years ago, cultural sub-nationalism was an alien concept.

Organisations such as Bangla Pokkho, Jatiyo Bangla Sammelan and Bangla Sanskriti Mancha are making their presence felt in the state, where the BJP, according to them, are trying to "impose Hindi and "north Indian culture".

"The people of the state should be made aware of the need to fight for the issue of Bengali pride. The BJP is the biggest threat to the Bengali culture. They believe in the domination of non-Bengalis over Bengalis," Kaushik Maiti, senior leader, Bangla Pokkho, said.

The saffron party, on its part, said the TMC was making a "desperate attempt" to divide the majority community along ethnic lines and stave off an "imminent" defeat in the assembly elections.

"The founding father of our party is Syama Prasad Mookherjee, a stalwart of Bengal. So how come we are a party of outsiders? Is Bengal out of India? These issues are nothing but a sign of TMC's desperation after sensing its defeat," BJP state president Dilip Ghosh said.

The saffron party's national general secretary and Bengal minder Kailash Vijayvargiya feels tha the TMC is more interested in welcoming infiltrators than people from other parts of the country.

"Nowhere in the country, have we faced such a situation where people of this country are branded as outsiders. Here, infiltrators are welcomed with open arms and people of this nation are outsiders," he said.

West Bengal Congress president Adhir Chowdhury slammed the TMC for fanning sub-nationalism and said the party was "dishing out one poison to kill another".

Elections to the 294-member West Bengal Assembly are likely to be held in April-May next year.