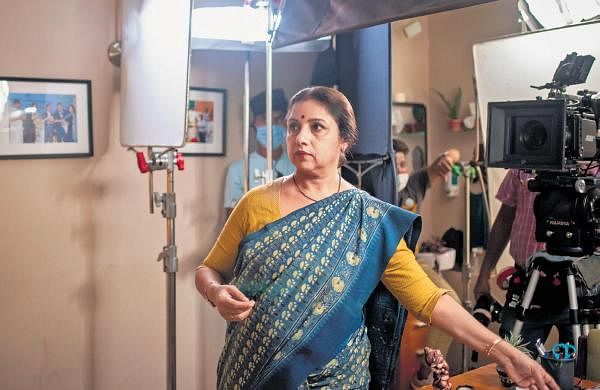 The 1990 hit film Anjali, directed by Mani Ratnam and starring popular Tollywood star Revathy, was about a mentally disabled child and the travails of the parents. It opened her eyes to the world of human suffering.

Thirty-one years on, her social work reflects in Aye Zindagi, a film about organ donation. Dr. Sunil Shroff’s Chennai-headquartered Mohan Foundation introduced her to director Anirban who, as part of his film’s research, had been in touch with the organisation. Revathy is the first person in India to sign up for an organ donor card when it was introduced by the foundation. She has been a strong advocate for organ donation for several years now.

“The film is a human drama that shows the goodness in organ donation,” says Revathy. Aye Zindagi, based on a true story, explores the complexity of human relationships and medicine. It has a strong social message about the good that comes from organ transplants. “It will highlight an unexplored aspect of organ transplants and hopefully will make people want to sign up as donors. I said yes as soon as the script was read to me. I have always enjoyed acting with a younger team,” she says.

The actor believes the team’s collective experience and passion reflect in the screenplay, making it richer by lending it a realistic portrayal. Revathy reveals how for a particular scene even the audience of around 60 to 80 people were painstakingly explained about the challenges the character has overcome.

“Anirban wanted the audience to know how they could express themselves,” she recalls. He ensured that the audience and junior artistes understood the preceding events and reacted appropriately.

OTT has changed the cinematic narrative and Revathy is glad about the numerous choices it offers senior women actors. However, she worries about the medium falling prey to commercial viability.

“When I crossed 35, I realised that heroes remained heroes while heroines became only character actors. It was depressing. I am thrilled that writers are now able to tell stories about women who have experienced life and not just about 18- or 19-year-old girls,” she points out. She rues about the negative portrayal of bucolic India on screen.

“On OTT, rural India is mostly about gangsters and dark stuff. Somewhere the platform is moving into a limited content bracket which they feel is commercially viable. But India is so varied. The Northeast and Odisha are lagging behind in our content. There’s so much richness in their nature, culture, human spirit,” she adds.

After four decades in the industry, Revathy still gets excited about stories of hope and change. She thinks it is tales of the human spirit that tick with the audience. “I’m always hopeful people will love feel-good, happy stories. That’s my kind of filmmaking. The world and life, in general, are not all bad. Someone’s got to keep the balance.” Which is exactly what makes Revathy feel appreciated as an actor. Her brilliance lies in adding a human perspective to everything she does, both as an actor and a director; the reason why her work has stayed relevant for the last four decades.

Currently, she is taking a small break with her daughter and will start work on her directorial venture The Last Hurrah early next year. “After a gap of 15 years, I’m directing a movie and Kajol has accepted a role in it. I am both nervous and excited at the same time.” Reportedly, Amazon has acquired the Indian counterpart of Modern Love—a series of 1,000 stories from the country. And Revathy has completed shooting her part in it.