Beyond religion: A Muslim who cremates bodies of Hindu coronavirus victims 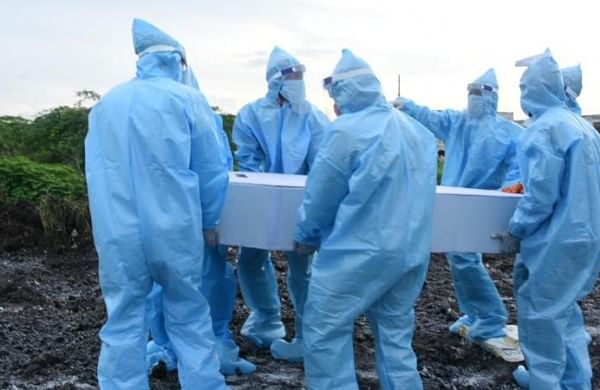 RANCHI: A few days back, pathologist Mohammed Khalid (55) received an unusual call from the Marwari Sahayak Samiti: arrange a person for cremating the bodies of Hindu Covid victims in the Jharkhand capital.

The Samiti members had been at their wits’ end after the person who was cremating such bodies had simply disappeared, Khalid was told.

A few hours later, Khalid called back offering himself for the service, much against his family’s wishes.

“Whatever life a person might have lived, he must get a dignified exit from this world,” said Khalid, who has in the last 14 years arranged the last rites of 10,000 unclaimed bodies.

Khalid has already cremated 11 bodies and helped in the burial of another body — all Covid victims in Hazaribagh — after their family members refused to even touch them.

“There is no point in sitting back at home when the existence of the entire human race is at stake.” Khalid says he discovered his avocation by chance while he was working as a cleaning supervisor at Sadar Hospital in Hazaribagh some 14 years back.

A woman suffering from leprosy, dumped at the hospital by her family, died and there was nobody to perform her last rites.

“I cremated the body and it changed my life. Since then I have performed last rites of not less than 10,000 bodies.”