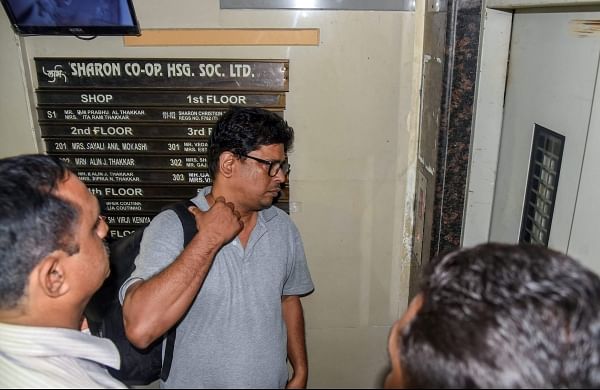 MUMBAI: Activist Arun Ferreira, one of the accused in the Elgar Parishad-Maoist links case, has approached the Bombay High Court seeking a default bail on parity with co-accused Sudha Bharadwaj, who was granted relief in December 2021.

Ferreira's petition came up for hearing on Friday before a division bench of Justices Revati Mohite Dere and Sharmila Deshmukh.

Justice Dere, however, recused from hearing the plea without assigning any reason.

The petition will now be placed before another bench.

The activist in his petition filed through advocate Satyanarayanan R said his case stands on par with that of Bharadwaj, who was granted default bail by the high court.

"The only distinguishing factor is that while the applicant (Ferreira) filed the default bail application (in the lower court) on the 94th day, co-accused Sudha Bharadwaj filed it on the 91st day," the plea stated.

The high court while granting default bail to Bharadwaj held that the Pune sessions court that had granted extension of time to the Pune police for filing the chargesheet after the mandatory 90 days period for the same was over, did not have the jurisdiction to do so.

The high court, while rejecting to grant default bail in December 2021 to the other eight accused, had held that they had not exercised their right to seek default bail in time.

It had observed that while Bharadwaj had filed a plea before the Pune court seeking default bail as soon as the 90 days period for filing the chargesheet ended, these eight accused had delayed filing their applications.

Ferreira was arrested in August 2018 and booked under the Unlawful Activities (Prevention) Act (UAPA) and the Indian Penal Code (IPC) for waging war against the nation, being a member of a banned terror outfit CPI (Maoist) and propagating Maoist ideology.

As per his plea, in September 2018 Ferreira filed an application seeking default bail before the special court in Pune.

In June 2019, a common application was filed by Ferreira and eight other accused in the case for default bail on the ground that the special court in Pune did not have the jurisdiction to take cognisance of the chargesheet filed by the Pune police, which was initially probing the case.

In September 2019, this common application was rejected by the court.

The nine accused then approached the Bombay High Court in appeal.

In December 2021, the high court granted default bail only to Bharadwaj, but rejected the pleas of the others.

The accused then filed a review petition which was also rejected by the high court this year.

The case relates to alleged inflammatory speeches delivered at the Elgar Parishad conclave, held at Shaniwarwada in Pune on December 31, 2017, which the police claimed triggered violence the next day near the Koregaon- Bhima war memorial located on the city's outskirts.

The Pune Police, which probed the case before it was transferred to the National Investigation Agency (NIA), claimed the conclave was backed by Maoists.